A Kansas man who claims he acted as a sperm donor for a lesbian couple and waived all parental rights in the process has been told that because the artificial insemination was not performed by a licensed physician, the man is in fact the child's father and is obligated to pay child support. More from Time.com:

William Marotta claims to have waived his rights as a parent during the process, but Shawnee County District Judge Mary Mattivi maintained that the parties did not enlist a licensed physician, which nullifies his claim to being a sperm donor.

"In this case, quite simply, the parties failed to perform to statutory requirement of the Kansas Parentage Act in not enlisting a licensed physician at some point in the artificial insemination process," Mattivi wrote in her decision, according to AP.

The case to have Marotta declared the father was filed by Kansas Department for Children and Families in October 2012. He could now effectively be held responsible for around $6,000 in assistance already provided by the state along with future child support payments. 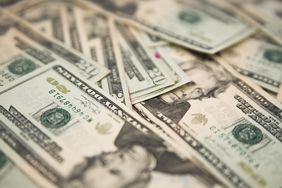