Researchers studied 515 black men older than 20 between 2001 and 2008. More than half of the men had high blood pressure and about one-third never lived with both parents.

The authors acknowledge that living with both parents may be connected to higher socioeconomic status, which could influence blood pressure, and that the study can draw no conclusions about causality.

Still, the lead author, Debbie S. Barrington, a senior research fellow at the National Institute on Minority Health and Health Disparities, said it is a provocative finding. "The magnitude of the effect is very large," she said, "even stronger than the effect of certain blood pressure medications."

Image: Mother and child, via Shutterstock 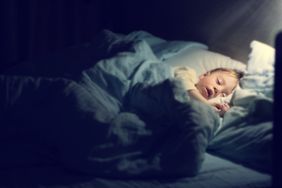