Scientist Asks: Is Autism Really on the Rise?

That kind of change is called "diagnostic substitution," Willingham explains, and it accounts for a lot of the rise in autism diagnoses. And there's a lot of other, corroborating evidence, too. If autism were on the rise, you'd expect there to be more autistic children that autistic adults. Adults, though, don't tend to be screened for autism -- and when you do screen them, you find that the prevalence of autism is about the same among adults as it is among kids (1%). That suggests that autism isn't on the rise. And that prevalence is the same all over the world, despite the fact that that the environmental factors which often take the blame for the rise in autism are unevenly distributed.

Image: Toddler on a swing, via Shutterstock. 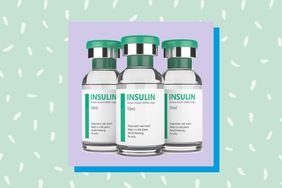