A flyer sent home to the families of fifth-graders at a Lincoln, Nebraska elementary school has angered parents and prompted an embarrassed retraction by the school because it offered anti-bullying advice that is questionable at best, dangerous at worst. Jezebel reports on some of the bullying coping strategies the flyer suggests to students at Zemen Elementary School:

LPS Communications Director Mary Kay Roth said the flier was not approved to be sent home and was inadvertently included in fifth-graders' Tuesday folders that went home to parents. Such folders typically contain student work and other information for parents.

"It's a staff issue, so we're taking care of the staffing error," Roth said. "It wasn't supposed to be sent home."

She declined to elaborate on exactly how it happened, but said Zeman teachers will talk to all fifth-graders Thursday to clarify how the district believes students should handle bullying.

"Our educators at Zeman Elementary School work hard to provide accurate and appropriate lessons and education for our students in how to handle bullying situations," Williams, the principal, said in the message to parents. "The flier was sent home with good intentions, unfortunately it contained advice that did not accurately reflect LPS best practices regarding response to bullying incidents."

Student Services Director Russ Uhing said the district has ongoing lessons about bullying, and fifth-graders at Zeman had been talking about how to handle the situation if they become targets of a bully. That message, he said, was "very different" from the one that was sent home.

The information shared with students in class, Uhing said, included LPS's philosophy: asking the bully to stop, then walking away; and if it continues, telling a parent or teacher. 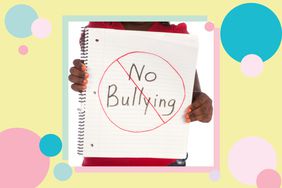