"The main message counters what some people have thought, which is if you had cancer you won't be able to get pregnant or have children," said Dr. Lisa Diller, the study's senior author, from the Dana-Farber/Boston Children's Cancer and Blood Disorders Center.

Historically, childhood cancer survivors have been counseled that they may be unable to get pregnant because cancer-fighting chemotherapy and radiation can damage their ovaries.

For the new study, Diller and her colleagues used data from questionnaires in an ongoing study of 3,531 cancer survivors and 1,366 of their sisters between the ages of 18 and 39 years old.

The survivors were all diagnosed before age 21 with cancer at one of 26 medical centers in the U.S. or Canada from 1970 through 1986. The women had all been cancer free for at least five years.

Compared to their sisters, cancer survivors were more likely to be clinically infertile, which means they had been trying unsuccessfully to get pregnant for more than a year.

Thirteen percent of survivors were clinically infertile, compared to 10 percent of their sisters.

Still, 64 percent of the 455 clinically infertile survivors eventually got pregnant.

That pregnancy rate is similar to what has been observed in clinically infertile women without a history of cancer, Richard Anderson, a professor of clinical reproductive science at the University of Edinburgh in the UK, writes in an editorial accompanying the new study in the journal Lancet Oncology....

....But Dr. Mitchell Rosen, director of the University of California, San Francisco Fertility Preservation Center, cautions that the new study cannot predict how childhood cancer survivors' fertility will change as they get into their late 30s or their 40s.

Rosen, who wasn't involved in the new study, told Reuters Health that getting pregnant gets harder about 10 years before women go through menopause and childhood cancer survivors tend to go through early menopause.

That means childhood cancer survivors' fertility problems may be amplified in their late thirties and early forties, compared to women without a history of cancer. 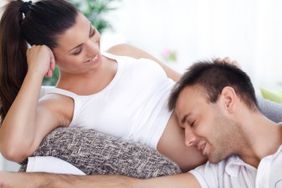 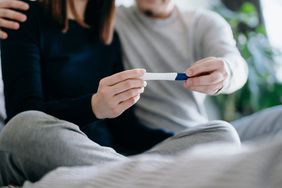