In a small study involving 13 children at high risk for having severe allergic reactions to peanuts, Boston Children's Hospital researchers first administered an injectable asthma drug every few weeks for 12 weeks, before having the children eat peanuts, in order to dampen their immune system's response to peanut protein. The children continued to receive the drug—called omalizumab—for another 8 weeks as they gradually ate an increasing number of peanuts.

Twelve of the children were eventually able to eat the equivalent of 10 peanuts a day even after they went off the drug, according to the findings published in the December issue of the Journal of Allergy and Clinical Immunology.

Most did, however, experience allergic reactions during the first few weeks before their immune systems became desensitized to the peanut protein. Five children had moderate allergic reactions such as wheezing, nausea, and shortness of breath, and two children had more severe reactions like a full-blown asthma attack. One child dropped out of the study after experiencing nausea and vomiting from eating peanuts, which didn't abate for several weeks.

(None of the children had side effects from omalizumab, which in rare cases can cause life-threatening allergic reactions like anaphylaxis.)

"An important goal is to prevent life-threatening allergic reactions in those who eat peanuts accidentally," said study leader Dr. Lynda Schneider, director of the allergy program at Boston Children's Hospital. "We're cautiously hopeful that some will be able to include peanuts in their diet every day, but we're not ready to call this a cure." 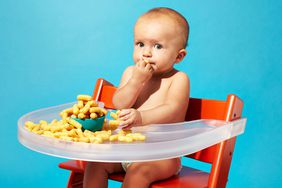 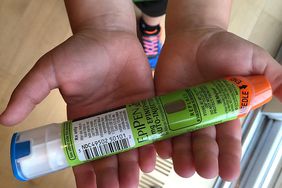 How to Give an Epinephrine Injection