The new research found that women who had at least five blistering sunburns during their teenage years had a greater likelihood of developing any of the three main forms of skin cancer. But the risk was particularly high for melanoma, which kills an estimated 8,800 Americans a year.

Women who were consistently exposed to high amounts of ultraviolet radiation as adults did not have an increased risk for melanoma. But they did have more than double the risk of developing basal and squamous cell carcinoma, two common but less lethal forms of skin cancer.

The findings, published in Cancer Epidemiology, Biomarkers and Prevention, were based on an analysis of 109,000 Caucasian women who were followed for 20 years as part of the nationwide Nurses' Health Study II. Throughout the study, the women routinely provided details about their medical histories, as well as information on things like their use of tanning beds and any sunburns or moles on their skin.

Researchers urge parents to protect their children from chronic sun exposure, and teach kids the importance of sun protection--in the form of sunscreens as well as protective clothing--from an early age.

Image: Teens at the beach, via Shutterstock 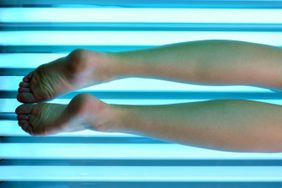 Too Many Teen Girls Use Tanning Salons, Despite Cancer Risk 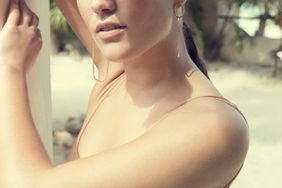