By the time kids with stomach pain reached age 20, just over half had had symptoms of an anxiety disorder at some point, most often social anxiety, researchers found.

Anxiety tended to start in early childhood, around the same time as the chronic stomach problems.

Past studies suggest between eight and 25 percent of all youth have chronic stomach pain, researchers noted. When there's no clear medical cause for the pain - such as inflammatory bowel disease or celiac disease - it's known as functional abdominal pain.

One small study of children with that type of pain found they were at a higher than average risk of anxiety disorders as young adults.

To build on those findings, Lynn Walker from the Vanderbilt University School of Medicine in Nashville, Tennessee, and her colleagues followed 332 children who visited a doctor for unexplained stomach pain between age eight and 17.

For comparison, they also tracked 147 youth from the same area schools without stomach problems.

When participants were 20 years old, on average, the researchers interviewed them in person or over the phone about symptoms of anxiety and depression. At that point, four in 10 of those with a history of stomach pain still had a gastrointestinal disorder.

Based on the interviews, Walker's team found 51 percent of people with stomach pain as children had ever had an anxiety disorder and 30 percent currently met the criteria for a diagnosis.

In comparison, 20 percent of people in the no-stomach pain group had ever had an anxiety disorder and 12 percent currently had one.

"What was striking was the extent to which anxiety disorders were still present at follow-up," Walker told Reuters Health. 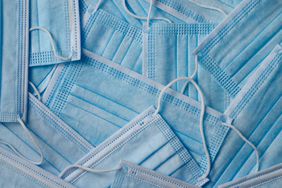