The increased autism risk likely stems from an underlying problem with the pregnancy, rather than any of the methods used to jump-start labor, says lead author Simon Gregory of the Duke Institute of Molecular Physiology.

It's possible that "infants destined to develop autism are less likely to send out the correct biochemical signals for normal progression of labor," says Tara Wenger, a pediatric genetics fellow at the Children's Hospital of Philadelphia, who wasn't involved in the new study, published in JAMA Pediatrics.

And a growing number of studies now link autism to a variety of things that can compromise the health of a pregnancy, says Rosanoff, who wasn't involved in the study, funded by the Environmental Protection Agency. Researchers are increasingly looking at prenatal risk factors for autism, because this period plays a key role in brain development. Science has ruled out vaccines as a cause of autism, he says.

But studies have found that children are at higher risk for autism if they are born early or very small; if they are in medical distress during delivery; if they have older mothers or fathers; or if they are born less than a year after an older sibling. Autism risk also goes up if a mother has diabetes or high blood pressure; is obese; is exposed to significant air pollution during pregnancy; had low levels of folic acid; takes medications such as an anti-seizure drug called valproic acid; or makes antibodies toxic to the fetal brain.

Gregory notes that his findings are still preliminary and that women shouldn't resist a doctor's recommendation about jump-starting labor out of fear of autism.

Image: Woman in labor, via Shutterstock 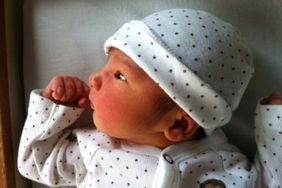