A Texas woman who collapsed and was declared brain dead after suffering an apparent blood clot in her lungs is remaining on life support despite her family's wishes, the hospital citing Texas law prohibiting removing a pregnant woman from the machines. Thirty-three year-old Marlise Munoz was 14 weeks pregnant at the time of her collapse. More from The New York Times:

Mrs. Munoz was 14 weeks pregnant, the doctor said, and Texas is one of more than two dozen states that prohibit, with varying degrees of strictness, medical officials from cutting off life support to a pregnant patient.

More than a month later, Mrs. Munoz remains connected to life-support machines on the third floor of the I.C.U., where a medical team monitors the heartbeat of the fetus, now in its 20th week of development. Her case has become a strange collision of law, medicine, the ethics of end-of-life care and the issues swirling around abortion — when life begins and how it should be valued.

"It's not a matter of pro-choice and pro-life," said Mrs. Munoz's mother, Lynne Machado, 60. "It's about a matter of our daughter's wishes not being honored by the state of Texas."

Mrs. Munoz's father, Ernest Machado, 60, a former police officer and an Air Force veteran, put it even more bluntly. "All she is is a host for a fetus," he said on Tuesday. "I get angry with the state. What business did they have delving into these areas? Why are they practicing medicine up in Austin?"

Mrs. Munoz's parents said they wanted to see the law overturned, but they have not sought any legal action against the hospital, though they have not ruled it out either.

The hospital maintains that it is following the law, although several experts in medical ethics said they believed the hospital was misinterpreting it. A crucial issue is whether the law applies to pregnant patients who are brain-dead as opposed to those in a coma or a vegetative state. The law, first passed by the Texas Legislature in 1989 and amended in 1999, states that a person may not withdraw or withhold "life-sustaining treatment" from a pregnant patient.

Mr. and Mrs. Machado said the hospital had made it clear to them that their daughter was brain-dead, but hospital officials have declined to comment on Mrs. Munoz's care and condition, creating uncertainty over whether the hospital has formally declared her brain-dead.

A spokeswoman for the J.P.S. Health Network, the publicly financed hospital district in Tarrant County that runs the 537-bed John Peter Smith Hospital, defended the hospital's actions. "In all cases, J.P.S. will follow the law as it applies to health care in the state of Texas," the spokeswoman, Jill Labbe, said. "Every day, we have patients and families who must make difficult decisions. Our position remains the same. We follow the law." 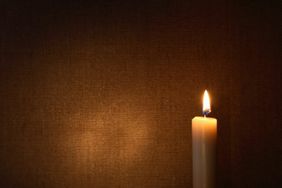 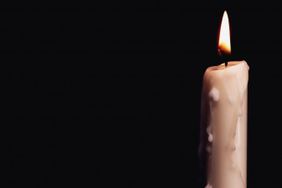 Update: Pregnant Woman on Forced Life Support to be Taken Off