Researchers found endocrine disruptors can interfere with human sperm's ability to move, navigate and/or penetrate an egg. Their study results were published Monday in EMBO reports.

Endocrine disruptors are chemicals that interfere with your endocrine system - the system in your body that regulates hormones. These hormones control everything from your metabolism to your sleep cycle to your reproductive system, so messing with them can cause serious issues.

Scientists have a long list of potential endocrine disruptors, including bisphenol-A (BPA), phthalates, dioxin, mercury and perfluorinated chemicals (PFCs). They can be natural or man-made and are virtually "omnipresent," the study authors write, in our food and in common household and personal care products.

This isn't the first time scientists have linked these chemicals with fertility issues in humans.  For example, in 2010, a study of Chinese factory workers found exposure to BPA can reduce sperm counts. More recent studies have shown BPA and chemicals called phthalates can hinder a couple's ability to conceive and carry a healthy baby to full term.

Scientists in Germany and Denmark tested 96 endocrine disrupting chemicals on human sperm - both individually and in various combinations.  Around one-third of the chemicals had a negative effect.

The researchers found these endocrine disruptors increased the amount of calcium found in sperm cells - although BPA was found to have no effect. Calcium ions control many of the essential functions of sperm, study author Dr. Timo Strunker explains, including the flagellum - the tail that propels sperm forward. So changing the calcium level in a sperm cell can impact its motility, or swimming ability.

Take our quiz to find out if you could be ovulating. 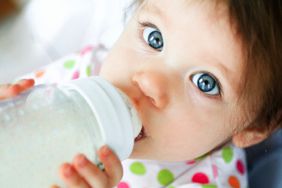 Everything You Need to Know About Heavy Metals and Contaminants in Baby Food
25 Tips To Get Pregnant, According to Experts 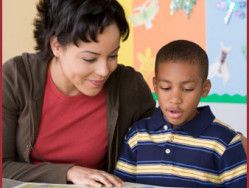