"Perhaps the most critical decision parents make in balancing their work and home life is choosing the type of care to provide for their children while they work," said report author Lynda Laughlin, a family demographer in the Census Bureau's Fertility and Family Statistics Branch. "Child care arrangements and the financial burden they impose on families are important issues for policymakers and anyone concerned about the welfare of children. This report is unique in that it is not only the sole study from the Census Bureau on this topic, but also provides a consistent time-series on trends going back to the mid-1980s."

The percent of families who reported they made a cash payment for child care for at least one of their children declined from 42 percent to 32 percent between 1997 and 2011.

Since 1997, the use of organized day care centers and father-provided care for preschoolers has increased, while the proportion of children cared for by nonrelatives in the provider's home has declined. (There was a change in the data collection methodology in the mid-1990s; 1997 was the first year of data that was affected by this change.) 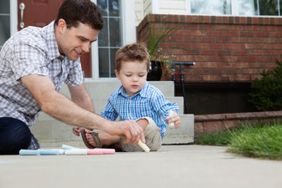