"We have made excellent progress over the past five years," said George Sheldon, HHS acting assistant secretary for children and families. "But what this report tells me is that we still have 681,000 children out there who need our help."

The number of abuse-related fatalities was estimated at 1,570 – down from 1,580 in 2010 and from 1,720 in 2007. About fourfifths of those killed were younger than 4, and parents were deemed responsible for nearly four-fifths of the deaths.

Texas had the most fatalities, with 246, followed by Florida with 133, while Montana reported no abuse-related deaths. The highest rates of child fatalities were in Louisiana, Oklahoma and West Virginia.

The report, formally known as the National Child Abuse and Neglect Data System, is based on input from child protection agencies in every state. About four-fifths of the reports received by the agencies do not lead to findings of maltreatment, according to the report. 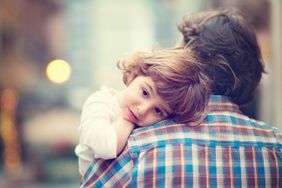