Two more children died in separate incidents in Arizona over the weekend after being forgotten in cars during triple-digit degree weather. Experts report that there has been a record high number of hot car deaths this year. Now child advocates are now pushing for a proposed law called the HOT CARS Act that would require carmakers to have alarms for back seats to alert when a child is left there.

The U.S. Senate bill, introduced in late July and backed by more than two dozen child and road safety groups, is aimed at preventing hot car deaths by requiring automobiles to be equipped with technology that will alert drivers if a child is left in the back seat after the vehicle has been turned off. It seems like an easy enough idea, considering cars can already alert drivers when they leave their keys in the ignition or their lights on. And one that would make a huge difference.

"A simple sensor could save the lives of dozens of children killed tragically in overheated cars each year, and our bill would ensure such technology is available in every car sold in the United States," bill sponsor Sen. Richard Blumenthal explained. "It can take mere minutes on a hot day for a car to turn into a deathtrap for a small child."

Zane Endress, who was 7 months old, died Friday after being left in the car in the driveway at home. And 1-year-old Josiah Riggins was in the car for hours Saturday, discovered only after his father drove round trip between his suburban home and a Phoenix church twice. According to advocates with KidsAndCars.org, 28 other children have already died from heat stroke inside vehicles this year, and August is the typically the worst month for hot car deaths.

"No one thinks this can happen to them and that is why technology, along with education, is critical to preventing these tragedies," said president and founder Janette Fennell. "This can and does happen to the most loving, responsible and attentive parents; no one is immune." 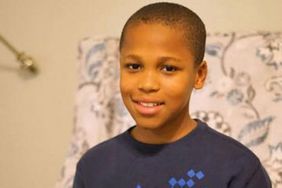 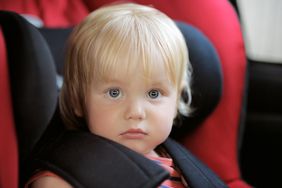