A new study from the University of Texas Medical Branch in Galveston has found that delivering a high-birthweight infant more than doubles a woman's breast cancer risk. The researchers suggest that having a large infant is associated with a hormonal environment during pregnancy that favors future breast cancer development and progression.

"We also found that women delivering large babies – those in the top quintile of this study, which included babies whose weight was 8.25 or more pounds – have increased levels of hormones that create a 'pro-carcinogenic environment.' This means that they have high levels of estrogen, low levels of anti-estrogen and the presence of free insulin-like growth factors associated with breast cancer development and progression," said lead author Dr. Radek Bukowski, professor of obstetrics and gynecology in the Division of Maternal-Fetal Medicine in a statement.

"Women can't alter their pregnancy hormones, but can take steps to increase their general protection against breast cancer," Dr. Bukowski continued, noting that breastfeeding, having more than one child, following a healthy diet and exercising have been shown to reduce breast cancer risk. 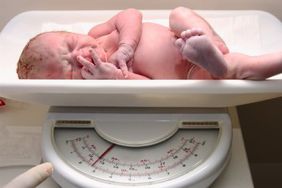 Is High Cholesterol During Pregnancy Normal? 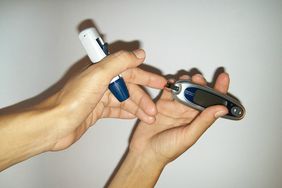