New research highlights the crucial importance of keeping prescription narcotics away from kids.

A new study out of Nationwide Children’s Hospital and published online in the journal Pediatrics cites an alarming rise in children ingesting opioids, which can be extremely dangerous.

Researchers looked at calls to poison control centers over the course of 15 years, from 2000-2015. They noted 188,468 prescription opioid exposures among children under age 20. Frighteningly, overall exposures to opioids in kids increased by 86 percent during the first 10 years.

After 2009, researchers noted that exposures did decline by 32 percent, but it’s not all good news; exposure to buprenorphine, a powerful narcotic, increased significantly in the last two years. Even scarier: Kids under age 6 accounted for 90 percent of exposures.

“Prescription opioids are especially dangerous to young children,” Gary Smith, MD, DrPH, senior author of the study and director of the Center for Injury Research and Policy at Nationwide Children’s Hospital said in a press release. “These medications can have profound effects on the brain, cause coma, stop breathing, and, unfortunately in some cases, be fatal.”

Marcel J. Casavant, MD, Chief of Toxicology at Nationwide Children’s Hospital and Medical Director of the Central Ohio Poison Center, offered this advice to Parents.com, “If someone in your home is prescribed buprenorphine, you’ve learned how much safer it is compared to other drugs that person may have used. However, it can be very dangerous to children, and it can be rapidly absorbed from a child’s mouth, even if you see the child getting into the tablet or filmstrip and you take it out of the child’s mouth promptly.”

Dr. Casavant adds, “Please keep buprenorphine products and all opioid medications locked and away from children. If you have young children, it only takes a second for them to grab something and put it in their mouth, so do not leave your next dose or pill on the counter. Just in case of emergency, have the poison help number on your fridge, near your phone, and in your cell phone: 1-800-222-1222 for help 24 hours a day, seven days a week.”

As a result of this study, experts are calling for increased prevention efforts to more effectively protect kids from exposure to prescription opioids. Hopefully raising awareness about how easy it is for children to ingest medications like these, and just how acutely dangerous they can be, will also help in preventing exposures. 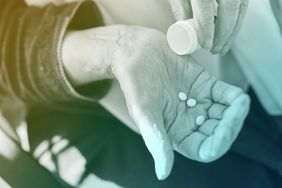