Is air pollution a factor in causing ADHD? A new study published in the Public Library of Science journal PLOS ONE suggests there may be a link.

Prenatal exposure to polycyclic aromatic hydrocarbons, or PAH, a component of air pollution, raises the odds of behavior problems associated with attention deficit hyperactivity disorder, or ADHD, at age 9, according to researchers at the Columbia Center for Children's Environmental Health at the Mailman School of Public Health.

Researchers followed more than 200 women and their children living in New York City. Moms had their placenta and umbilical cord blood tested for PAH levels after birth, and children had their urine tested at ages 3 or 5. The results revealed that PAH exposure during pregnancy lead to a much higher chance (five times higher) chance that a child would develop inattentive-type ADHD, one of three types of ADHD.

PAHs are generated when carbon-based things are burned — from steaks on the grill to coal or oil burned to generate electricity. In New York, "traffic and residential heating are major local sources. There is also some contribution from coal-burning sources in states upwind," Perera's team also noted.

It's not clear yet from this research how exactly PAHs are potentially linked to ADHD, but the study suggests relations to "the disruption of the endocrine system, DNA damage, oxidative stress, and interference with placental growth factors resulting in decreased exchange of oxygen and nutrients." 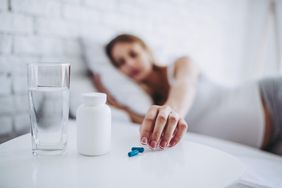 Acetaminophen Use During Pregnancy Linked to Language Delays