ADHD Diagnoses Rise Among Hispanics and Girls in the U.S.

A growing number of U.S. children have been diagnosed with ADHD, with girls and Hispanic children showing the biggest increases.

A new study published in The Journal of Clinical Psychiatry has found that a growing number of U.S. children are being diagnosed with ADHD. And while the disorder has historically been most often been diagnosed in young white males, girls and Hispanic children showed the biggest increases in diagnosis this time around.

Researchers found that in 2011, an estimated 12 percent of U.S. kids aged 5 to 17 had ever been diagnosed with ADHD. That was up 43 percent from 2003. "But what struck us the most were the increases among girls and Hispanic children," said senior researcher Sean Cleary, an associate professor of epidemiology and biostatistics at George Washington University.

According to the report, boys still have more than double the rate of ADHD compared to girls. But the prevalence among girls increased by 55 percent during the study period. And while ADHD is still almost twice as common among white kids compared with Hispanic children, the prevalence among the Hispanic children rose by 83 percent between 2003 and 2011, compared with a 46 percent increase among white children

As for why, Cleary said it's possible that the increase among Hispanic children reflects either a growing cultural acceptance of ADHD, or the wider availability of mental health resources in Spanish. And as for the increase in girls, he pointed to the growing awareness of the way ADHD symptoms manifest in girls, including problems with daydreaming, or with getting schoolwork done.

Still, Cleary admitted that the reasons for the findings remain unclear. "Have doctors been traditionally underdiagnosing this in girls and Hispanic children?" he said. "Or is this a true increase in the incidence of ADHD? Or is this overdiagnosis? We can't say."

According to Dr. Eric Mick, a psychiatric and genetic epidemiologist at the University of Massachusetts Medical School, the answer is an important one, since the medications used to treat ADHD can be detrimental when prescribed to someone who doesn't need them. But on the other hand, Mick told Newsweek, accurate and early diagnosis is key, as untreated ADHD can have lasting repercussions. "If you wait a year longer to treat [ADHD]," he said. "That's a year lost of learning." 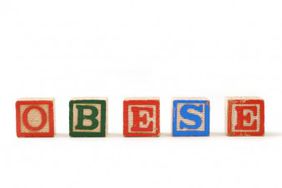