Two pregnant American women who contracted the Zika virus while traveling abroad have miscarried upon returning home, according to the Washington Post. The CDC reports the virus was found in their placentas. These are the first reports of miscarriages linked to Zika in this country, although women in Brazil have miscarried after contracting the virus.

Experts are stopping short of definitively blaming the virus for causing the miscarriages. "It's absolutely possible for an infection, whether it be viral or bacterial, to result in a miscarriage," says Dr. Zev Williams, an OB/GYN who specializes in pregnancy loss at the Albert Einstein College of Medicine at Montefiore Medical Center in New York. "Whether it was caused by Zika remains to be determined."

Still, pregnant women are being urged to avoid contracting the virus, which can cause birth defects like microcephaly, by not traveling to countries with known outbreaks and by wearing protective gear and bug spray while outdoors in hot climates, as the virus is spread by infected mosquitoes.

We also have learned the virus can be sexually transmitted, as was reported in a case in Dallas, Texas. Anyone who could have been infected and experiences symptoms like fever, rash, and joint pain should seek medical attention immediately. The CDC even went so far as to recommend men who are infected abstain from sex with a pregnant partner until after the birth.

Now, tests are being made available to pregnant women who have traveled abroad.

Given the growing number of cases internationally and now in the U.S.—there are cases confirmed in 14 states and Washington, D.C., with six involving pregnant women—the World Health Organization has declared Zika a public health emergency. A new link between Zika and Guillain-Barré, which can lead to paralysis in adults, is especially concerning, as is a recent report that three people died from complications related to the virus in Venezuela.

A vaccine may be available early next year, according to health officials. 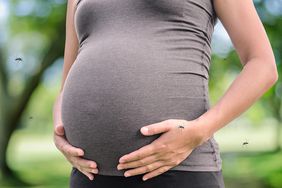 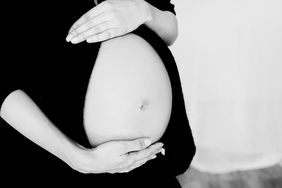