Tuberculosis infects about 1 million children each year, much more than previously thought, and scientists estimate that about 32,000 of them are infected with an especially dangerous and drug-resistant type.

In a report published the journal the Lancet on World Tuberculosis Day, researchers from Brigham and Women's Hospital's Division of Global Health Equity report what is the first clear picture of the number of children with tuberculosis (TB) worldwide.

The World Health Organization (WHO) estimates that half a million people caught drug-resistant "superbug" strains of TB in 2012, and that about 2 million people could contract it by 2015. The researchers went through several databases to determine a more accurate number of children with TB, since the disease in kids is known to be underreported.

"What we found was that whereas previous estimates for the total number of TB cases in kids were about half a million, when you account for (underreporting) in your estimates, it's more like 1 million children develop active TB disease every year," study author Helen Jenkins of Brigham and Women's Hospital told Reuters.

It's important to diagnose TB and its drug-sensitive strain in kids because it's easier to treat them than adults. But TB is especially hard to diagnose in kids because it presents itself differently in children than adults, Reuters reports. The disease is caused by bacteria that spreads through the air and attacks the lungs. Kids are more likely to have TB present in other parts of the body besides the lungs.

Is your child too sick to go to school? Take our quiz to find out! 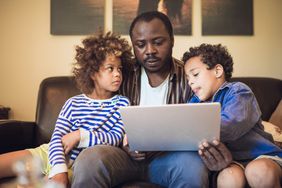