Every expecting mother has heard of postpartum depression, but did you know that symptoms can start during pregnancy? Here's how one mom dealt with this so-called prenatal depression.

When I became pregnant with my second child, my reaction confused me. I was trying to conceive, but I felt constantly plagued by worry, obsessive thoughts, regret, and other negative emotions. Then I realized I was suffering from prenatal depression.

According to the American College of Obstetricians and Gynecologists (ACOG), around 14%-23% of pregnant women experience depression during pregnancy. The symptoms mimic that of postpartum depression (PPD), and can be scary without a diagnosis. Here, I share my journey with prenatal depression in hopes of helping other moms-to-be in the same boat.

What Caused My Prenatal Depression?

The years leading up to my second pregnancy were difficult for our family. My husband had lost his job and was unemployed for a year. During that time, he collected unemployment, and our family was sustained by loans from family and government assistance.

Our living conditions weren't ideal either: we were a family of three stuck in a one-bedroom co-op apartment that we couldn't sell because the real estate market had recently crashed—and even if we did sell, we were too strapped for cash to move.

We had an incredible son who we were eternally grateful for, but life was full of worry and anxiety. It was at that time that we decided to have another child. It seemed sort of foolish given how dire our financial situation was, but our son was already four years old, and we'd always wanted to give him a sibling. Plus, with both of us pushing 35, it felt like now or never. So we dove in.

That December, the month before our son turned five—my husband still only partially employed, and our savings account nearly depleted—we conceived our second child. It took 18 months to conceive our first child, so I was in shock when the two pink lines appeared on the pregnancy test during our first month of trying to conceive.

On top of the shock I felt from my sudden pregnancy, I suffered from debilitating morning sickness. I was never the type to vomit, but I felt ill most of the time, had trouble eating much, and lost a bunch of weight. The weight loss made me very concerned for my baby. My midwives assured me that I could eat nothing but Wonder Bread for those first few months and my baby would be fine, but I still worried.

I worried about everything. When I caught my son's fever, I worried that my unborn baby would be harmed in some way. When I lay down next to my son at bedtime, I worried that I was destroying our tight bond by letting another child into it. I doubted whether we should have gotten pregnant with this baby at all.

If I felt cramps or twinges, I almost wished I would miscarry. I wanted a way out—not just from the pregnancy itself, but from my tortured, obsessive thoughts. It hurts to even type those words, because now that my second child is here, I can't imagine not having him. But those were some of the kind of dark thoughts that raced through my mind in the first trimester.

One of the worst things about it was that I began worrying about the thoughts themselves, wondering if there was something severely wrong with me for having them. The wash of pregnancy hormones weren't helping either. It felt like three months of PMS tinged with daily anxiety attacks.

I had always been someone who tended toward anxiety, so I chalked it up to that. Here I was again, freaking out about nothing. But the dark thoughts—ones of wishing the pregnancy had never happened, or would inexplicably end—were something I wasn't used to having, and troubled me deeply.

How I Reached a Diagnosis

My pregnancy happened more than four years ago, and I have buried most of those memories. In 2016, though, Juli Fraga, a friend and psychologist I know, shared an article she wrote for The Washington Post about a topic I had barely heard of: prenatal depression. I had certainly heard of postpartum depression (PPD)—I myself had suffered from bouts of postpartum depression and anxiety with my first child. But I didn't know there even was a thing as prenatal depression.

As soon as I read the article, a lightbulb went off in my head, and I was flooded with memories of those difficult months at the beginning of my second pregnancy. I thought to myself: That's what I had. And I didn't even know it was a thing.

According to Juli, prenatal depression is something a staggering number of women suffer from. "Prenatal depression is more common than women realize," she shared. "It affects up to 20% of pregnant women, and women who have suffered from depression in the past are at an even higher risk of developing this maternal mental health concern."

Juli added that prenatal anxiety is about as prevalent as prenatal depression, affecting about 20% of pregnant mothers. Many of these women are dealing with excessive worry like I was—and even symptoms of paranoia. Prenatal depression and anxiety can actually be quite severe in some cases. The problem is, most mothers don't know it even exists, and don't seek help.

When My Prenatal Depression Lifted

My extreme feelings lifted once the first trimester ended, though the doubts and fears lingered throughout my pregnancy. However, as soon as my son was born, I fell instantly in love with him, and was lucky not to suffer through postpartum depression or anxiety, as I had with my first son.

Still, I remember the pain of those first few months, and I feel strongly that had I known that what prenatal depression was, I would have at least told my midwife, or opened up more about it with my husband. I think talking it through might have been enough for me to lessen some of the symptoms.

I am grateful that my symptoms passed without much lasting effect, but I do feel an unexpected sense of relief knowing that I wasn't alone in my suffering—that I wasn't just "going crazy." I wish I could go back to my pregnant self and tell her that what she was feeling was real, understandable, and that she had a chance to get some help and feel better.

Advice for Women with Prenatal Depression

The symptoms of prenatal depression differ for everyone, but they may include:

If you think you’re suffering from prenatal depression, don’t hesitate to tell an expert, whether it’s an OB-GYN, therapist, family physician, or midwife. They will monitor your condition and decide on the proper treatment. Common options include talk therapy and support groups. Your doctor may also recommend antidepressants in severe cases (don’t take these without an expert's approval, though).

Getting the help you need will make your pregnancy much more enjoyable, help you bond with Baby-to-be, and become the best mother you can possibly be. 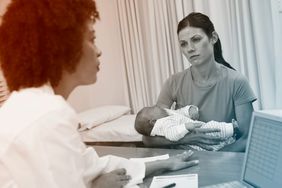 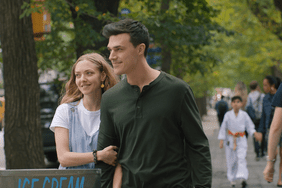 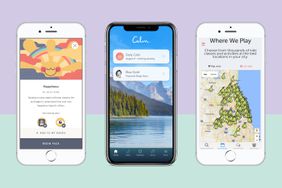 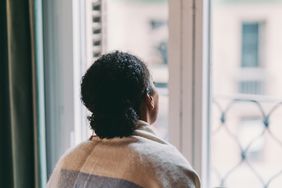