Technology has changed all of our lives, and there's no turning back. Experts from the Child Mind Institute suggest ways to keep children healthy and safe.

The modern media landscape looks radically different than when most of us were children. And it can seem overwhelming, particularly when the same media is abuzz with speculation about how this or that aspect of the digital age is harming our children. Though there is little definitive research, pediatricians have issued conservative recommendations concerning technology and kids for the good of their physical, neurological, and emotional development.

According to Common Sense Media, almost three quarters of kids 2 to 8 watch TV every day, and 52 percent of children have access to mobile digital devices like smartphones or iPods. Some 72 percent of kids up to age 8 have a computer at home, and 80 percent of children 5 to 9 use computers at school. It''s not an exaggeration to say that tech is everywhere. Meanwhile, some studies have begun to suggest links between technology and attention problems, aggression, depression, and bullying behavior.

Looking back in history, however, technological changes have always prompted worry -- no one these days would say the telephone was an inherently malevolent development, or that printed books undermine the social fabric -- and there is no real reason to think the present situation is different. In addition to potential dangers, there are real benefits to what technology allows us to do today. Let's take a look at navigating this new world with our kids' best interests in mind.

The American Academy of Pediatrics recommends keeping children under age 2 as "screen-free" as possible because "unstructured playtime is more valuable for the developing brain than electronic media." Researchers have many theories about how time in front of screens affects kids' development, either positively or negatively. But a couple things are clear: Young kids don't benefit from images and situations they don't understand. For most kids under 2, TV is simply a distraction, which makes it useful for parents at times, but not for the child. And when kids are staring at screens, they're not doing other things that are much more beneficial for their development, like learning motor skills, interacting with caregivers, and developing problem-solving skills.

When thinking about your child's screen time, it's good to focus on three things that Lisa Guernsey, of the New America Foundation, calls the "3 Cs": content, context, the individual child.

Beyond TV, parents wonder how much time young kids should be spending with smartphones, tablets, and other touch screens. The facility with which kids can use these new technologies is astounding, but researchers really don't know yet what children are getting out of it besides distraction and entertainment. In the meantime, we need to remember that imaginative, unstructured play and socialization are very important for young kids.

For older kids, a mobile device can be a tool they use to withdraw from social interaction. Even when your children are young, you need to remember that you're a role model about the proper use of technology. If you're interested in having a teenager who doesn't text through dinner, remember that even a child too young to talk will be aware if you are distracted by your phone at the dinner table.

Though the results have been hotly debated, studies have linked both the amount of time spent watching screens and the frenetic nature of some television programming to attention deficits and to other social and emotional problems. On the other hand, certain television shows and educational computer programs can be beneficial for kids as long as parents closely monitor the amount of time they take up and pay attention to the content, the context, and the individual child.

Although it may seem preposterous to discuss distance learning for kids under 10, cyber learning is a reality that may soon play a larger and larger role in the educational life of a child. School districts around the country are offering a range of online options from specialized classes for older students to full K through 12 curricula.

There are many enthusiastic reports about the experience, but there are also negative ones. Sitting in front of a computer to learn poses problems for school-age kids, mainly because of what they are not doing, which is socializing with their peers. Online schooling requires the parent to be very involved, not only to guide a child through his lessons, but also to ensure that he is not missing out on all the benefits of being in a classroom full of children.

Understanding Your Child's Interaction with the Internet

Of course, technology is now mediating those social interactions we want kids to become proficient at. It's estimated that there are 7.5 million kids under 13 on Facebook (despite the site's age policy), and as many as 5 million of them are 10 or younger. This means it's really never too early to start talking to your children about how they interact in virtual communities.

Separated from face-to-face interaction, kids can become impulsive, insensitive, and say things online they wouldn't otherwise say. Conversely, things said online can have an outsize effect on kids because they cannot as easily put jabs in context. Cyberbullying doesn't appear to be any more prevalent than "traditional" bullying, but you can see how these factors can combine to wreak havoc.

Don't wait until your child is online before discussing:

Finally, we should note that as young people increasingly lead their lives online to some degree, the signs of psychiatric distress are moving to the Web. Monitoring your child -- by friending her on Facebook, sharing passwords, setting up Google alerts -- is not just about policing malicious or inappropriate behavior, but also about looking out for signs of hopelessness, an obsession with how she looks, or bizarre thoughts and statements, among other things.

Sex and the Internet

Parents are giving younger and younger kids mobile phones, and there are many benefits to this practice, including laying the groundwork for a trusting connection. (Teaching kids to keep in touch early pays dividends later on, when teens stay out of trouble because they know they need to contact their parents.) But sexual content has a habit of finding its way onto the mobile phones of young and old alike, and it runs rampant on the Internet. The truth is you probably cannot prevent your child from seeing sexual images at some point. So what can you do about it? The simple answer is to communicate early and often.

In addition to talking about sex in general with your kids from a young age and in a developmentally and ag-appropriate way, you should discuss the sorts of sexual imagery they are likely to see on the Internet -- pornography, that is. Some points to make:

Fortunately, the digital age has many advantages for children. Far-flung families -- in the military, for instance, or even moms and dads who work late -- can stay in touch as never before with new technologies. The Internet is teeming with information for inquisitive young minds. Kids who have a hard time "fitting in" with others in their community have access to new peers and new communities online.

We won't know what the real effects of the present communication revolution are until time has passed. But beyond visions of "how it used to be," history shows us that people adapt, and children are resilient. The present media environment is the only one your children have known. Your job as a parent is to know what's going on, give good advice, and model common sense -- just as good parents always have. 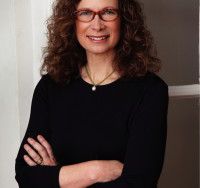 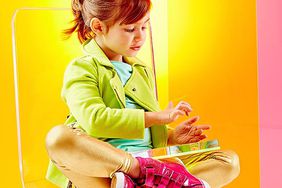 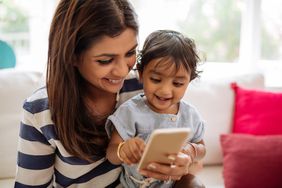