When I was growing up, my family didn't talk about mental health. It wasn't an encouraged conversation, which is typical in the Black community. But now, I'm doing things differently with my children.

I couldn't catch my breath. I'd held my emotions in for so long that, even in this moment, it felt wrong that I was soaking my husband's shirt with tears. But he firmly held me on his chest while I admitted I felt lost and didn't know what was wrong with me. Interacting with people became stressful and I needed the world to stop moving. As a military spouse I felt I was supposed to be strong for him. That's what it means to "take care of the home front." It seemed I was failing at that too.

After my husband's retirement from the Marine Corps (and relocating cross-country to our hometown in north Florida), I watched him intensely, waiting for any sign that he was cracking from the pressure of leaving the world he'd known for more than 20 years. But he dove head-first into civilian life while I withdrew.

As I sat on my mom's front porch swing, I shared my struggles.

"Mom, something's wrong. I think I need to see a counselor."

"No. You just need a good church," she said dismissively.

Her response didn't surprise me. I didn't know anyone in my family who sought mental health care despite the obvious need at times. We leaned heavily on faith and our local church and discussing how life affected us wasn't a normal kitchen table conversation.

This is a commonality in Black families that has been influenced by social inequities leading us to create our own support.

A Struggle for Mental Health Help

Mental health conditions affect the Black community in the U.S. "at about the same or less frequency" than the white community, according to Mental Health America, which also records that many of these conditions are attributed to the Black American experience that is "characterized by trauma and violence more often than their white counterparts." But only about one in three Black adults receive the mental health care they need.

And those who do tend to have a difficult time opening up. Irish Beckles, a licensed mental health counselor in Jacksonville, Florida, who specializes in couples and family counseling, says it's harder to get Black clients to share information. Most of her non-Black clients have already been exposed to some type of interventional services making them more comfortable unpacking their issues during counseling.

Black clients, says Beckles, "do not necessarily come with that openness because they've already been judged and perceived a certain way by society." The "what happens in this house stays in this house" mantra became protection from that judgment. Included in the clients Beckles serves are youth that are 12 and older, and many of them admit their parents tell them not to tell her all of their business.

I didn't know anyone in my family who sought mental health care despite the obvious need at times. We leaned heavily on faith and our local church and discussing how life affected us wasn't a normal kitchen table conversation.

The stigma around seeking mental health care is a strong barrier in the Black community. Studies show that many are not open to acknowledging they have psychological needs. The disparities in access to care also create a larger gap in treatment. In 2019, 13.6 percent of Black Americans had no health insurance, and because it isn't addressed in the culture, those who do have coverage aren't always aware that behavioral and mental health are a part of their benefits package.

Another issue? There's a lack of representation—in 2015, 86 percent of psychologists in the U.S. were white. And white counselors aren't usually culturally competent enough to understand the mentality or emotions of Black patients, often leading to misdiagnosis. Research shows Black people are under diagnosed with mood disorders but over diagnosed with schizophrenia compared to white people who exhibit the same symptoms. This makes the Black population more apprehensive in seeking help and fuels the fear of being institutionalized or considered "crazy."

Luckily more awareness is being raised for the Black community. For example, actress Taraji P. Henson founded The Boris Lawrence Henson Foundation in 2018 to help end the stigma of seeking mental health care. After opening up about her father's (a Vietnam veteran) struggle with mental illness, she is actively raising awareness of mental health issues in the Black community and connecting those in need to counselors who are culturally competent.

How I'm Creating a New Cultural Norm for My Kids

My parents struggled to provide for me and my three siblings while surviving a racially biased economy. Showing that their circumstances created stress was a weakness they didn't feel they had space to express because of demanding responsibilities.

As a Black mother, I want something different for my kids. I'm creating an atmosphere of openness and awareness for my two 7-year-old children regarding mental health. We have honest conversations about feelings devoid of judgment. By acknowledging their feelings, I attach significance to them. I also look for changes in their behavior that may need addressing. While our faith is important, we balance it with understanding, so they know God's provision includes professional assistance.

We should never have to battle emotional issues alone, says El Brown, Ph.D., an educational consultant who helps parents and service providers explain complex concepts to young children and the host of the podcast Straight Talk with Dr. El. When talking to kids about feelings, Dr. Brown says parents should express that getting help (if it's needed) is a normal part of the process. Share that you sometimes have strong feelings and instead of talking to your spouse or a friend, you talk to someone who knows exactly how to help you. Present counselors as community helpers.

As a Black mother, I want something different for my kids. I'm creating an atmosphere of openness and awareness for my two 7-year-old children regarding mental health.

Looking back, I'm glad my emotional dam broke that day in my husband's arms. It led me to get help and healing. After starting counseling, I was diagnosed with generalized anxiety disorder (GAD) brought on by our family's transition. I could now address deeper issues that I hadn't been able to process on my own.

Regardless of how taboo mental health has been in the Black community, we don't have to pass down unhealthy patterns to our children. Seek help from providers who understand your family's culture and values. 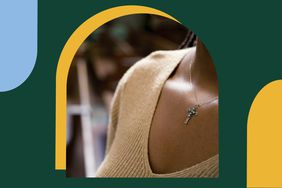