How To Safely Store Medicine At Home

Did you know 50,000 children wind up in emergency rooms because of medicine-related incidents each year? Check out these expert tips keeping little fingers from fiddling with medication at home.

Sierra Hoeger works as an editorial apprentice for Parents. She is currently wrapping up her senior year at Iowa State University, where she will earn a degree in journalism and mass communications with a minor in apparel, merchandising, and design. When she's not writing product round-ups, interviewing TikTok couples, or updating stories for Parents, she can be found at a local coffee shop, hanging out on her porch with a good book in tow, or hanging out with friends.

It's no secret that curiosity often gets the best of little kids. Sometimes it can lead them to dangerous places—including the medicine cabinet, where colorful pills might look like candy.

According to the Centers for Disease Control and Prevention (CDC), about 50,000 young children are admitted to emergency rooms each year due to medicine-related accidents. Parents can prevent future mishaps by storing medication safely and securely, out of the reach of little fingers.

We spoke with Anne Ahmann, professional organizer at happy.healthy.home in Des Moines, Iowa, for some pointers on how to safely organize your medicine supply.

Keep Medicine Out of Sight

Ahmann recommends storing medicine in a non-transparent container that won't immediately give away its contents. The container should be out of reach of children—perhaps in a high cabinet or pantry. When medicine is "out of sight, out of mind," children will be less likely to dig into it. "Install child locks if you have to, especially if you have kids that are climbers and will want to get to it," adds Ahmann.

Ahmann also suggests storing medicine somewhere with constant adult supervision, such as in the kitchen. "I think it's more accessible than it is in the bathroom," Ahmann said. "There's more eyes on it all the time."

Some parents choose to install traditional child locks, while others would rather avoid them (it can get frustrating to open a child lock whenever you want to access your medicine cabinet). As an alternative, consider magnetic locks. "You hold the [magnet] up to the cabinet and rub it over, and it will open," says Ahmann. "It's not like the old-fashioned [child locks] that go over the handles. My brother has them in his house and they work really well."

Ahmann has also seen more people store medicine in lockboxes; only those who know the entry code can gain access.

Be Careful With Older Children, Too

Parents should also be careful around adolescents and teenagers, who might be tempted to experiment with oxycodone and similar painkillers. "I don't worry about little kids as much as I do older kids or teenagers, because there's a market for that kind of stuff," Ahmann says. "You have to be really conscious about not putting it in with your regular Tylenol or ibuprofen."

Regularly Take Inventory of Your Medicine

Ahmann recommends parents often take inventory of what's inside their medicine cabinet, check expiration dates, and discard any medication that's no longer needed. Since medicine isn't used as often as pantry items, for example, it can be easy to forget about expiration dates.

Do What's Best For Your Family

Overall, Ahmann's best piece of advice is to keep medicine stored somewhere that makes sense for your family. If your child constantly hops on the kitchen countertops, for example, consider keeping medicine in your bedroom closet, paired with a child lock. Or, if your child happens to remain closer to the ground, you might keep meds on a high shelf in a nontransparent box.

"It really is about the location of where you put things and what they have access to," Ahmann says. "Think about your particular kids. Some kids climb and some kids don't. That's not to say every kid couldn't, but I think as a parent, you get to know your kid a little bit and become conscious of those things." 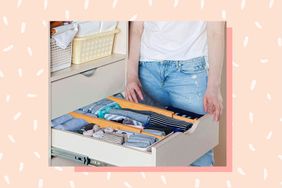 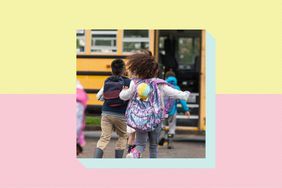 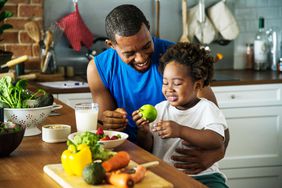 How to Keep Your Kitchen Safe For Kids 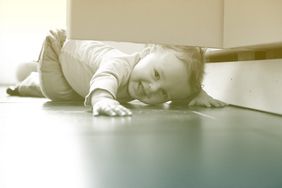