Artificial insemination costs are unfairly high for prospective LGBTQ+ (or hetero solo-by-choice) parents. That said, there are a few steps you can take to avoid financial risk when buying sperm.

Three or so years ago, my wife and I sent an email to our parents with the subject line: "Who wants a grandchild?" We desperately wanted to be parents-we'd find ourselves ooh-ing and aah-ing over cute kids in the park, and talking incessantly about how we'd raise our own little ones-but we knew that we needed a lot of cash to make those dreams come true.

But four years out of college, with little in the way of savings, the prices on sperm bank pages looked way out of our league ($700-$1000 a vial, depending on the bank).

As it turned out, our folks did want grandkids enough to spend money on our endeavors. Plus, unlike lots of people, they were able to spare enough money to send us the funds we needed. That makes us the lucky ones. If they hadn't helped us, we wouldn't be moms to a beautiful 22-month-old today. In fact, we may not have been able to become parents at all.

To Save on Surrogacy, More Parents Are Aiming for 'Twiblings'

It's been well documented that LGBTQ+ folks pay a very high price for parenthood. Depending on how you go about it (and there are myriad ways, each with an exorbitant cost) the price tag is either completely prohibitive or just galling. Plenty of LGBTQ+ people go into debt just by trying to conceive.

My wife and I opted to buy 16 vials of donor sperm and to pay for five years of storage. This alone cost us $10,410. We then went on to pay hundreds of dollars in fees for genetic testing, insemination procedures, sperm tank rental and shipping, and more. Not to mention the nearly $4,000 it cost for my wife, who is not biologically related to our child, to become a legal parent through the process of second parent adoption in New York State.

We knew that having a baby would be expensive; we were frustrated but resigned to this part of family-building. What caught us off guard was when, two years later, as we began to think about having a second child, we discovered that our $10K investment had been compromised. We had no idea where our sperm was, or if it existed at all anymore.

How to Find a Sperm Donor-and Choose a Good One

The cryobank we'd bought from had since been bought by another bank, which had been bought by a third bank. When the first acquisition occurred, we got an email notifying us. The second acquisition, though, was never communicated to us-or to any of the other thousands of parents who had worked with the original bank.

In the wake of this mad dash to connect the dots, I realized that it's a little ambitious to spend so much money upfront with no assurance that your investment is safe-and no recourse if something should happen. What if our vials had been damaged, or even lost, when they were shipped from one facility to another? What if the paperwork had been re-filed wrong and no one could tell us where our sperm was? We, and countless others (as it turns out), had relied on the good faith effort of a for-profit business to put our needs first. I felt like I'd been duped.

We had relied on the good faith effort of a for-profit business to put our needs first. I felt like I'd been duped.

Upon further examination, the problem goes far deeper. Despite the fact that the number of LGBTQ+ people who want to be parents (or are actively trying to be parents) is rising year after year, the sperm bank industry remains financially volatile. Sperm banks are regulated by various health organizations, including the FDA, and all major banks have a clearly stated privacy policy. What's lacking is any kind of financial assurance that our purchases are protected in any way. Beyond price points, there's almost no mention of finances on major sperm bank websites.

A recent study found that 63% of LGBTQ+ people aged 18-35 are either parents already, or are considering becoming parents in the coming years. That's some 3.8 million people who are considering the option of parenthood and are bracing for the financial risk that comes with it.

All sperm banks have some type of contractual form that is required before making your purchase. This is standard business practice. What's unsettling is that, when you read the fine print, these forms release the bank from any responsibility should something go awry. On one of largest banks' forms, it states that "All purchases are final, and there are no refunds or exchanges, except pursuant to Cryobank's Vial Exchange Program, Vial Buyback Offer, or order change rules. Specimen fees and the terms of the Vial Exchange Program, Vial Buyback Offer and order change rules are subject to change without notice."

My wife and I are hardly the only ones who have found ourselves mired in red tape or losing cash due to this industry. And it's not just the banks, either: One parent I spoke to shared that they had lost hundreds of dollars because the fertility clinic they'd been working with had offered free storage, only to renege on that offer a year later.

"I got a notice that they were going to destroy the sperm," they said, "I had to spend an extra $500 to ship them to a storage facility, and that costs more per year than it would have been to store them with the sperm bank." Another parent shared that they'd used the same bank my wife and I had worked with, and had to use a different donor's sperm for their third child due to quality control issues that had arisen when the first bank was acquired.

One parent I spoke to shared that they had lost hundreds of dollars because the fertility clinic they'd been working with had offered free storage, only to renege on that offer a year later.

"I know it isn't ideal, but all our three kids are perfect," they told me.

Of course, I wholeheartedly agree with that view. I love my toddler and would spend another $10,000 to be his mama if that were required. The problem isn't love or willingness; it's the emotional toll and financial risk we have to expose ourselves to in order to become parents. If I could protect my purchase, I would-but you can't insure sperm.

That said, there are certain steps LGBTQ+ (or hetero solo-by-choice) parents can take to avoid financial risk when buying sperm.

Do your research-and tap into the online queer parenting community.

Before buying sperm, read reviews and get information from queer parents who have been through it-whether you connect with them online or IRL. The support my wife and I got (and continue to get) from this Queer Parents Facebook group, for example, has been affirming, informative, and indispensable in educating us and saving us unnecessary expenses.

Apply for grants, and don't be afraid of crowdfunding.

More and more LGBTQ+ prospective parents are setting up GoFundMe pages or otherwise crowdsourcing their sperm-buying or other family-planning journeys. Consider it a more formalized and less privileged way (and a wider-cast net) of sending the "who wants a grandchild?" email.

There are also grants and scholarships you can apply for to finance the payment to build your family; Family Equality has a pretty comprehensive list of financing options on their site.

Ask a friend for sperm.

Another option is, of course, to opt for fresh sperm instead of frozen. This would entail finding a donor whom you know and trust; and no, you don't have to have sex with your sperm donor, although you certainly can! Either way, it's a good idea to sign a contract detailing the role of the donor in the life of the child, once conceived, before starting the process. This contract will potentially cost you in legal fees, but the sperm and insemination will be free or very low-cost.

The world of artificial insemination has already advanced in leaps and bounds; until the late 1980s, gay women were regularly denied access to fertility clinics-and forget about surrogacy. The rise of independent sperm banks, along with a consistent shift in public opinion towards the LGBTQ+ community, is a major factor in increased access to options when it comes to fertility treatments. When the technique of artificial insemination was pioneered in Iowa in the 1950s, no one dreamed of how many miracles the practice would perform. The fact that queer people even have access to these services is amazing, considering.

That said, the day to take the next step has arrived. With the number of LGBTQ+ people becoming parents, isn't it time that we level the playing field on the cost of parenthood? It's time for the government to regulate and increase access to this crucial industry-which means protecting people's financial investments in potential parenthood, as well as granting financial peace of mind to queer folks everywhere who want to be parents. 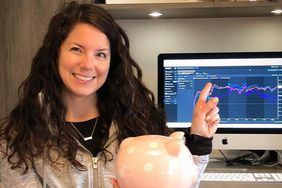 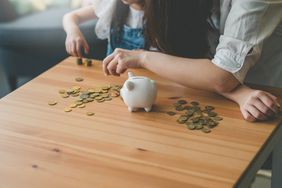