So you didn't get pregnant even though you had sex during your fertile days? Don’t worry just yet. Here are nine reasons why people might have trouble conceiving when they're doing everything "right."

We'd all like to think we know what we're doing, but sometimes—especially when it comes to getting pregnant—we simply don't. Luckily, Glade B. Curtis, M.D., co-author of Your Pregnancy, Week by Week, has solutions to nine of the most common fertility misconceptions that lead to, well, missed conceptions.

If you're doing any of the following nine things, you just may be lowering your chances of getting pregnant. Step one? Fess up. Step two? Find out how to fix things! You might just realize there's actually a valid reason you're not getting pregnant when everything is normal.

You're freaking out about conception.

You probably have at least one friend who, upon conceiving, said, "It happened right when I stopped worrying about it." It's annoying to hear, especially when you're not getting pregnant yourself—but it's often true. Stress can be a major party crasher in the baby-making process. When you have an elevated level of cortisol, a stress hormone, it can negatively affect ovulation and fertility.

"Calm down, relax, let it happen," Dr. Curtis says. "Stop trying to plan pregnancy so much." Instead, he suggests reminding yourself that pregnancy is a miracle that actually happens very often. "I tell my patients who are actively trying to simply stop 'trying' so hard, and that's usually when they will conceive."

You're having sex too much—or not enough.

If you're gonna do it, do it right (and the right amount of times!). Dr. Curtis recommends having intercourse every day or every other day during your most fertile period. If you, like so many other women, don't know when that is, stick to every other day throughout the time you think you're most fertile. That's because having sex too often could deplete your partner's sperm count, while not having enough sex might cause you to miss that critical fertility window!

Although douching might seem like a natural next step in your baby-making routine, it's absolutely not a good idea. Douches can act like a spermicide, altering the PH of your vagina. "This has been shown to impair fertility," Dr. Curtis says. Ditto for personal lubricants—most of which have actually been shown to not only lower sperm count, but also lower its mobility.

You're blaming yourself for not getting pregnant.

People tend to blame the woman for infertility. But in fact, Dr. Curtis says, cases of infertility are about 40 percent male-related, 40 percent female, and 20 percent a combination of both partners. "Frequently, the would-be mom rushes in to see her doctor at the first sign of a delay in getting pregnant. This is wrong, since it's really an even playing field in terms of diagnoses." And remember: It usually takes a healthy couple between 6 months and 1 year to conceive.

You don't actually know when you're ovulating.

"Not understanding the timing of ovulation is a popular mistake," Dr. Curtis says. "Most women ovulate 14 days before the beginning of their period. So, for example, if you have a 24-day cycle, ovulation is around day 10." But while this information seems straightforward at first glance, it can be confusing if you have irregular periods or can't remember when you last menstruated.

Another common mistake? Not counting from the real first day of your cycle. "Day one is the first day you bleed, not the day after or the day before," Dr. Curtis says. Because fertility can literally come down to a matter of hours, it's important to know your cycle's exact timing.

What is Ovulation, and How Does It Happen?

As much as we try, pregnancy really can't be planned. According to Dr. Curtis, the average healthy couple will take about one full year to become pregnant. "Many women take about six months or more just to start having regular cycles when they first quit contraception altogether. Ovulation isn't likely to be happening until your periods are getting more regular."

His wise advice? Take your time. And if at least six months have passed and you haven't been getting regular periods or you're not sure if you're ovulating (or you have questions about your fertility), then it's a good idea to seek out the advice of a doctor.

You're not relaxing after sex.

No one knows why, but there's some anecdotal and scientific evidence to support the fact that after intercourse, it helps to remain lying flat in bed, with your hips elevated, for about 20 to 30 minutes. In other words, after getting busy, Dr. Curtis advises, "don't jump up and certainly don't run to the bathroom or douche!" That one change alone, he says, could solve up to 80 percent of fertility problems. So, as much as you might want to do a happy dance after you think you just made a baby, refrain—for a little bit, at least.

You're not checking with a professional about certain health issues.

Maybe you've always had irregular periods and worry you can't get pregnant. Or perhaps you have diabetes and want to make sure it's under control before trying for a baby. Checking in with a professional isn't neurotic or crazy—it's smart!

In certain situations, like the ones mentioned above, couples should seek out the help of a doctor or fertility consultant to formulate a bambino-making plan. That way, if it takes you a little longer to get pregnant, you'll already know how to handle things. And, if you find yourself with a positive pregnancy test sooner than you thought, you'll already be getting monitored by a doctor and acting healthfully.

You're still drinking and smoking.

As Dr. Curtis puts it, "Why take a chance with drinking alcohol, smoking, or drugs if you know it could negatively affect fertility?" He warns his patients that the early part of pregnancy is the most critical in the development of the fetus. "My advice is, if you are not using protection, then with regards to drugs, alcohol, and smoking, act as if you're already pregnant."

How To Get Pregnant Fast: 7 Tips for Conception

15 Things All Couples Should Do Before Getting Pregnant
25 Tips To Get Pregnant, According to Experts

8 Facts About Your Cycle and Conception 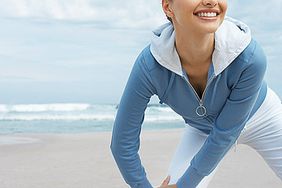 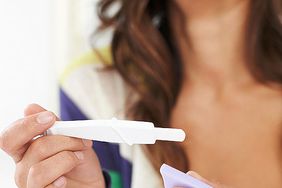 4 Ways to Get Pregnant Faster -- And Two Things That Don't Work!