Here's what you need to know about drinking alcohol during pregnancy -- so you can make the best decision for your future baby's health.

Planning a baby is pretty great (lots of sex!), but it's also a little nerve-racking (what if I don't get pregnant?). Along the way, you'll no doubt cruise the Web for the latest conception advice and nutrition news. But it's definitely the health information that's most critical as you start on the path to pregnancy -- especially when it comes to avoiding fetal alcohol syndrome (FAS).

"A healthy lifestyle is a must before conception, which means women should maintain their weight, or lose some if necessary, take a multivitamin with at least 400 mcg of folic acid, quit smoking, and refrain from consuming alcohol," says David Garry, D.O., a spokesperson for the American College of Obstetricians and Gynecologists (ACOG) and a maternal fetal medicine specialist at Montefiore Medical Center in Bronx, NY.

Luckily, smoking is less popular than ever in the United States, but the drinking issue still seems to confuse some women. Read on for the lowdown on alcohol consumption, fetal alcohol syndrome and conception.

Does the timing matter?

"What you drink, the amount consumed, and a woman's genetic predisposition to alcohol make it difficult to pinpoint the exact moments when drinking shouldn't occur in pregnancy," Dr. Garry says. But experts do know that the earlier exposure to alcohol occurs, the greater the chance of more serious damage. "The best choice when planning a pregnancy is to abstain -- there is no safe alcohol, no safe time, and no safe amount," says Kathy Mitchell, vice president and spokesperson for the National Organization on Fetal Alcohol Syndrome (NOFAS).

Is even one drink potentially risky?

Yes, especially considering that a "glass of wine" can hold anywhere from 5 to 16 ounces of alcohol, Mitchell says. Any amount of alcohol, even a single glass of wine, passes through the placenta to the fetus. Developing babies don't have the ability to process alcohol in the liver and other organs, so they absorb it all in the bloodstream and end up with the same concentration as the mother. "The research is very clear that alcohol is a teratogen -- an agent that causes cell death and is toxic to the fetus," Mitchell explains. "Drinking 'a little' just isn't worth the risk."

What if I don't want to stop drinking -- or can't?

Dealing with a drinking problem is a tough issue to face, but it's made even harder when pregnancy is a possibility. "Risky drinking (defined as three drinks in one day) or binge drinking (four or more) can increase the likelihood of FAS," Dr. Garry says. Alcohol dependence can be confirmed if you have three or more of the following symptoms:

If you believe you have a drinking problem and need help, contact your health care provider for a treatment referral. Admitting the issue and taking steps to address it will go a long way toward affecting your health -- and that of any child you hope to conceive.

I Didn't Know I Was Pregnant and Drank—What's My Fetal Alcohol Syndrome Risk? 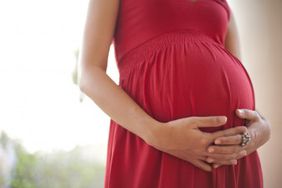 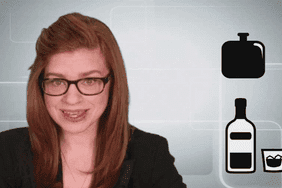 Yes, You Should Get the COVID Vaccine Even If You're Trying to Get Pregnant—Here's Why
Pregnancy Week 1