Research has turned up some surprising benefits of being an older mom for both you and your baby. Here are a few perks of parenting later in life.

Knowing that we have a ticking biological clock can be really scary. And it's true that the number of eggs women have decreases as we get older—and pregnancy over 35 comes with some additional risks of complications like hypertension or diabetes for you, or chromosomal abnormalities like Down syndrome for your baby. So it's always a good idea to consult with your doctor about your family-building plans, to make sure that you're making the right choice for your life and your health.

But the good news is that more and more research is revealing some surprising perks of being an older mom—for both mom and child.

Here are six of the biggest benefits:

1. It may boost your brain power

While it may also be the benefit of less stress and the ability to gain more knowledge through schooling, studies show that having kids later in life can make you mentally sharper as you age.

One study published in the Journal of the American Geriatrics Society tested 830 middle-aged women to determine whether there was a link between having a baby at a later age and brain power. They found that women who had their last child after the age of 35 had sharper cognition and verbal memory. They also found that women who had their first child after the age of 24 were better at problem-solving than their peers who had children before age 24.

RELATED: The Best Age to Get Pregnant, According to Moms

2. Your child may have a reduced risk of injury

Of course, you're going to protect your child as best you can, no matter your age. However, several studies point to the fact that a child's risk of experiencing an unintentional injury that requires medical attention declines with increasing maternal age.

One study in particular, published in the British Medical Journal in 2012, found that at age three a child's risk of unintentional injury declined from 36.6 percent for moms aged 20 to 28.6 percent for moms aged 40. Another more recent study out of Japan, which analyzed the risks of unintentional injuries and hospital admissions at 18 and 66 months according to maternal age, reached the same conclusion.

"Although the exact reasons for fewer injuries aren't known, it is clear that one health benefit of being born to an older mother is a decreased likelihood of experiencing an unintentional injury," says Patricia Salber, M.D., founder and Editor-in-Chief of The Doctor Weighs In.

There's an undoubted sense of maturity that comes along with age. (Just think about how much you've changed since your teens!) Research suggests that maturity plays a role in better parenting.

In a March 2017 study published in the journal European Journal of Development, Dutch researchers looked at the psychosocial development of two groups of children at ages 7, 11, and 15. One group was born to moms older than 31 and the other was born to moms younger than 31. When analyzing their psychosocial development, they were surprised to find that older moms were less likely to scold or physically discipline their kids.

"Overall, the children of older moms were better behaved, well socialized, and emotionally healthy in their pre-teen years," says Salber. "In other words, older moms' more relaxed parenting behaviors appear to have paid off for these youngsters."

4. Your child is likely to be more tech-savvy and better educated

The longer you wait to have children, the more likely your child will grow up understanding more advanced levels of technology.

"Children of older parents benefit from the educational, technological, and social progress that has been made during the years of delayed childbearing," says Kameelah Phillips, M.D., OB/GYN in New York City. "A Swedish study noted that when these advances are considered, children of older parents tend to be healthier and more educated."

Countless research backs the theory that health outcomes are often tied to how much money is in the bank. If you have the advantage of finishing up your degree and putting your time into developing your professional career, it only makes sense that you're more likely to earn a higher salary than a mom who had a child before establishing her career.

"Studies show that children of older mothers stay in the educational system longer, do better on standardized tests, and are more likely to go to college than their peers born to young moms," says Salber. "The effect of improved outcomes related to socioeconomic status likely affects the health outcomes of the offspring throughout their lives."

Things Financial Advisors Want You To Know About Having a Baby

6. You may live even longer

"Some people think that having babies late in life either means you won't have the energy to keep up with young kids or worse, you won't be around for their major life events, like getting married or having their own children," says Salber. "But research finds that this couldn't be farther from the truth."

In fact, a 2015 study published in Menopause found that women who have children after the age of 33 were twice as likely to live to age 95 compared to women who had their last child before age 30. And that's something worth considering! 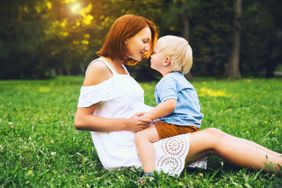 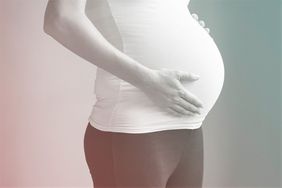 Giving Birth Later in Life Could Mean You Live Longer, According to a New Study

The Best Ages to Get Pregnant, According to Experts & Parents