Parents hit up family-travel experts to compare Walt Disney World and Disneyland Resort in eight categories, from the eats to the entertainment. Get ready for the ultimate Disney smackdown!

Parents' expert panelists have 10 kids and hundreds of Disney visits among them:

● Kristin Fuhrmann-Simmons: A self-described "hard-core Disney parent" who has vacationed at Disney parks at least 15 times in the last decade

● Len Testa: Coauthor of The Unofficial Guide to Walt Disney World and founder of the site TouringPlans, a trip-planning tool

Toy Story Mania!, the Mad Tea Party, and Soarin' Around the World are virtually identical at both locations. "About another half dozen, including Space Mountain and It's a Small World, are similar, but families who have tried both usually have a strong preference," says Testa. You'll only find Cars Land in California Adventure. So if your kid is obsessed with Lightning McQueen, the West Coast Disney experience might feel more magical.

On the flip side, WDW exclusively offers several princess-themed rides, including the Seven Dwarfs Mine Train coaster, the new Frozen Ever After, and Enchanted Tales With Belle, so your Elsa fan might be happier in Florida. Epcot's Test Track and every ride in Animal Kingdom are also unique to the Orlando parks. "There are far more rides to choose from in Florida, plus more lines there are inside or shaded," says Wolfe, who has a 3-year-old.

For six popular attractions, Testa provides the average number of minutes guests waited between 10 a.m. and 5 p.m. last June if they didn't have a FastPass.

Soarin' Around the World

Both locations provide guests with "FastPasses" to reserve return times for some rides so you hop on them with just a short wait. But you snag them in different ways:

You go online or on the My Disney Experience app to pick three passes per park per day. Make selections starting 30 to 60 days before your trip, depending on whether you're staying at a Disney resort. The passes are virtually connected to a MagicBand (a rubber wristband); you scan your band to use a pass. Once you use your reserved passes, you can pick another online, with the app, or at park kiosks.

You book nothing in advance. You reserve your passes one at a time by going up to kiosks at certain rides in the parks. You'll receive a slip of paper noting what time to return (you're given a one-hour window) and you hand it in when you get on the ride. Once you use one pass, you can choose another. There's no limit.

"We like going to Disneyland with friends, and it's convenient to walk up to a ride and get a FastPass for the same time slot," says Griswold. "At Walt Disney World, we all would have had to agree two months in advance that we wanted to ride the Pirates of the Caribbean at 4 p.m." If you don't reserve your WDW passes quickly there's a chance there won't be any left for popular attractions like Frozen Ever After, the new boat ride in Epcot's World Showcase Norway pavilion. But by booking the FastPass in advance, "You don't have to rush there when the park opens to get a pass; you can sleep in and still know that you'll be on the Seven Dwarfs Mine Train at 10," says Testa.

You'll walk a lot less in Anaheim. It's a short stroll from your Disney hotel (or even the independent ones in the nearby blocks) to either Disneyland or California Adventure. "And you can walk from the middle of one park to the middle of the other in 15 minutes," says Testa.

In Walt Disney World—which is the size of San Francisco—you can hoof it to Epcot from a few of the nearby resorts, but you mostly have to rely on buses, monorails, or boats for your transportation. "You need to allow 30 to 40 minutes to get from one park to another, and sometimes it takes that long to get from your hotel to the parks," he explains. "You're trading off convenience for a lot more to do.

Most characters appear in both parks. A few exceptions: Spider-Man, Captain America, and Oswald the Lucky Rabbit (Mickey's predecessor) are West Coast exclusives, says Testa. However, Orlando has far more scheduled meet-and-greet locations—39 versus 11. "So if your child has a list of characters he wants to meet, you can make a plan at Walt Disney World," says Testa. "You have to get lucky to run across some characters at Disneyland." Popular characters with designated Character Experiences locations that you can FastPass in Orlando but not Anaheim include Merida, Mary Poppins, and Gaston. Both locations offer fantastic stage shows, fireworks, and parades. California's greatest hits include World of Color the Main Street Electrical parade. "The Festival of the Lion King and Finding Nemo shows at Walt Disney World's Animal Kingdom are Broadway quality," says Milnes.

You won't find the same places to eat on both coasts except for Starbucks and a character buffet: Goofy's Kitchen in the Disneyland Hotel and Chef Mickey's in Orlando's Disney's Contemporary Resort. See how our panelists think the rest of the restaurants match up.

● Counter-Service Dining: "It's far superior in Anaheim," says Wolfe. "There's a lot more variety, the ingredients are better quality, and most of the time, the food comes out on an actual plate with real silverware. That's rare for counter service in Walt Disney World." A fave: Rancho del Zocalo Restaurante, which offers grilled citrus chicken, a trio of street tacos, plus an arroz con pollo meal for toddlers.

● Character Meals: "Walt Disney World wins easily," says Munsil. "Your family has more options, including unique ones like Tusker House Restaurant in Animal Kingdom, where the characters are in safari outfits. Plus, you can't eat in Sleeping Beauty's castle in Disneyland, but you can dine in Cinderella's and the Beast's castles in Walt Disney World."

● Dining Plan: Only Walt Disney World provides the option. While some families like it because they prefer to prepay for meals, it doesn't usually amount to much of—or any—savings, says Munsil.

● Reservations: At Walt Disney World, you need to book meals for the most popular restaurants, like Be Our Guest, when the system opens—180 days before your trip. "It's easier to get reservations at the last minute in Disneyland," says Wolfe.

● Bottom Line: Since you can get betterquality "fast food" at Disneyland Parks, Stone says, your food budget may stretch further there. But you won't have as many opportunities for that memorable meal.

Neither trip will be cheap. Use this intel on vacation expenses to estimate what you'll pay for a vacation in each place. And then you can decide the winner for this round yourself.

● Admission: You'll want "park hopper" tickets in Anaheim because you can easily get from Disneyland to California Adventure. It's nice to have them in Orlando, but if you've got to cut costs somewhere, you can skip them. For two adults and two children ages 3 to 9, four-day theme-park tickets in Orlando cost $1,536 for park hoppers and $1,260 without. In Anaheim, four-day park hoppers cost $1,250. "But you probably don't need four days in Disneyland—you could see most of it in two or three," says Munsil. In that case, you're looking at $916 (two days) to $1,156 (three days) for a family of four. Keep in mind that kids under 3 are free at both parks.

● Flights: "It's often cheaper to fly to Orlando rather than to John Wayne Orange County Airport in Santa Ana, or even to Los Angeles, which is about an hour away," says Munsil. "This is often true even if you live closer to the West Coast."

● Hotels: The Disney-owned hotels in Anaheim are upscale, so it's unlikely you'll get a room for under $200 per night, says Munsil. "Even the better-quality independent hotels nearby that are within walking distance of the parks typically charge $150 or more a night." But Walt Disney World's "value" resorts, like Disney's Pop Century Resort and Disney's All-Star Music Resort are often less expensive. If you don't mind staying outside the parks, you can stretch your money further by renting a condo with a kitchen. Figure on spending at least $150 per night for Anaheim and $125 for Orlando.

● Transportation: You can get a free ride from the Orlando airport to your Disney hotel on Disney's Magical Express bus. You'll have to rent a car, take a shuttle ($20 to $32 round-trip per person, depending on the airport), or call Uber ($50 to $75 round-trip) to reach your Anaheim hotel.

● Food: Meals cost about the same, but since the counter-service food is better in Anaheim, you might not eat at sit-down restaurants as frequently. Count on spending at least $100 daily to feed a family of four if you're only eating at counter service and $200 daily if you're having counter service and one sit-down meal at either park.

But the judges noted that Disneyland Resort is better if you're traveling with children ages 6 or younger. 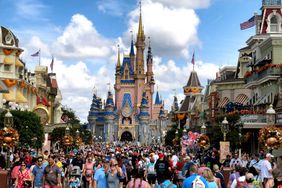 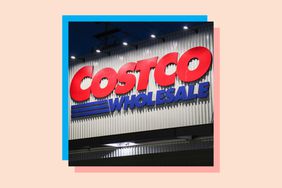 4 Pros and Cons of Booking Disney Travel With Costco 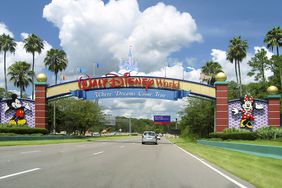 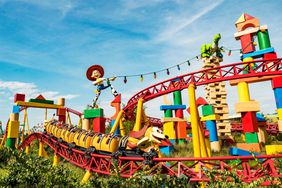 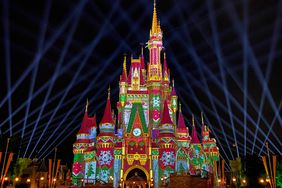