The new monster truck, grumbles, growls, and bursts out of the box as kids unpack it.

New toy alert! From the makers of Hatchimals comes The Animal, a monster truck that looks beastly (there are retractable claws in its wheels!) and which behaves like a scary creature, too, complete with grumpy growling. And it has one of the greatest unboxing tricks ever: It busts itself out of its own box.

The Animal comes in a cage-like home marked with the steps for unboxing. Step one is sitting the whole thing on a flat surface—we recommend the floor, so the truck has somewhere to go when it gets out. When you pull a key out of the box the truck’s engine rumbles to life.

Putting the key in a keyhole gets The Animal roaring more and literally shaking the cage. Much like a Hatchimal will make sounds and tap on its own egg, this truck “wakes up” and practically demands to get out of its container. Knock on the cage and even yell at the truck to keep triggering more reactions, because The Animal responds to sound.

Eventually, with some patience and persistence, the truck drives itself out of the cage. It could take anywhere from 5 minutes to probably a half-hour depending on how you draw it out. We unboxed The Animal with two kids ages 4 and 7, and they helped the truck out pretty fast because they were so excited to see it.

The vehicle itself is sturdy and runs without remote-control. You can make it go forward or back and the massive clawed wheels help it roll over even rough surfaces (we sent ours over a garden hose and it was no trouble). What’s fun is that The Animal is both a 4x4 vehicle and a ferocious creature. It responds to being laid on its side by falling asleep and snoring. It gets irritated if you shake it. And it has a lot of spirited roaring as it rumbles around. Finally, it comes with a tow rope and can drag things behind it or play tug-of-war with you. And P.S. keep the box, because the truck can be parked back in there (and unboxed all over again) at any time.

The Animal is for ages 4 years+ and will be $40 at Walmart.com and Target.com. Presale begins September 17th and the toy hits shelves October 1. 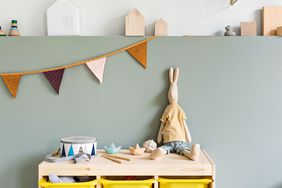 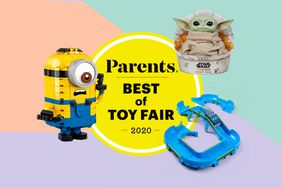 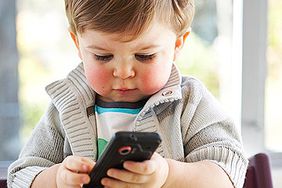