If your kids are missing their IRL extracurricular activities, this chance at Zoom coaching from the stars of shows like “The Lion King”, “Dear Evan Hansen”, “Wicked,” and more could be just what your theater-obsessed kiddos crave.

If your child's dreams of starring in the school play were dashed thanks to COVID restrictions, this just might be the ticket: Broadway From Home is offering up virtual programming to provide a much-needed artistic outlet for our children. Any Broadway-loving kid will be absolutely ecstatic about this—it might even be cooler than landing that coveted lead role in a high school musical.

Not only will students enrolled get the chance to perform material from their favorite musicals at home, they'll also get to do so under the instruction of real Broadway stars. How cool is that? And it's not only an amazing opportunity for children (especially since they've been denied so many experiences this year); it's also a pretty awesome way to keep working actors connected to their craft, as Broadway has been temporarily shut down thanks to COVID.

Stars from popular shows like Aladdin, Mean Girls, Hadestown, The Lion King, Dear Evan Hansen, Wicked, and more will lead classes during the six-week workshops, which kick off on September 15. Students will learn scenes and songs from musicals like Waitress, The Wizard of Oz, Beautiful the Musical, and more.

There are two programming options available: Kids aged 7 to 18 can join the "6-Week Musical", which focuses on learning the ins and outs of a single musical. The workshop will meet (virtually, of course!) twice a week in the evenings. At the end of the program, students will show off what they've learned via a livestreamed performance.

Teens aged 13 to 18 also have the option to audition for the "Teen Training Program," which involves three evening sessions over the six-week course and focuses on teaching acting, movement, and voice. At the end of this program, students will perform in a virtual showcase for industry professionals, casting directors, friends, and family. This option is limited to 15 participants and will appeal to teens who hope to make careers in the performing arts industry, as they'll walk away ready for major auditions.

If neither of these tracks seem quite right, Broadway from Home will also offer a la carte classes in disciplines like improv, Broadway dance, cartoon voiceover, voice studio, and film and TV acting.

"With schools closed around the country and students adapting to learning virtually, we wanted to make sure kids were still able to participate in extracurricular activities and created a fall program to do just that," says Broadway From Home Founder Harley Harrison Yanoff, according to a release for this news. "Broadway From Home ensures that students will be able to improve their theater skills while also socializing with kids from all over the world. We love being able to bring students together and give them this fun, interactive and educational experience!"

Interested in enrolling your children? Prices range from around $30 for a workshop to $250 for a week-long boot camp. You can learn more here—and if you pull the trigger, expect plenty of applause from your Broadway baby! 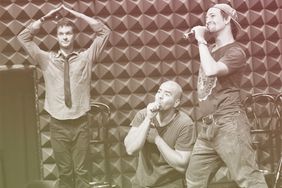 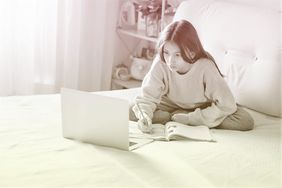 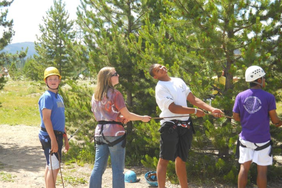