Nothing says summer like long days spent at the pool playing with friends and splashing around. Add a few giant pool floats and you have the perfect recipe for fun summer memories that your kids will tell their kids about. The giant unicorn might have been all the rage last year, but the creativity has only expanded since then. Now you can float on a giant pretzel, banana, watermelon slice, or swan big enough for adults to lounge on, too. And with prices starting at just $11.99, there's no reason to wait to stock up on these fun summer essentials.

Of course, it's important to note that giant pool floats are toys, not lifesaving devices, and there should always be an adult present and attentive when kids of any age are playing in the water. Once all water safety measures are in place, the fun can begin.

Whether your goal is to tire the kids out in the water every day or simply lounge as much as possible, there's a bright inflatable that will meet your needs. Take a look at our selection of giant pool floats on Amazon for an unforgettable summer at the pool.

You might have seen doughnuts and pizza slices at the pool before, but the giant pretzel is an exciting addition to the inflatable food category. The float is very large (51 inches by 47 inches), and its unique design offers plenty of room for at least three kids to share and play. Made with multi-colored PVC, it's easy to blow up and quite durable, as a mom of two (ages 8 and 13) can attest: "[it's] our second summer with this float. The kids love it!"

If you're looking for a float made for play, you can't go wrong with this banana. Because of its shape, kids will be riding on it or sliding on and off all day. The float is about 52 inches long and 23 inches wide, so it's big enough for one adult or a couple of kids to ride on. According to one parent who bought this inflatable toy for his kids, it's strong and "[holds] up to very rough playing."

The giant swan is a classic in lakes and pools every summer, but it never goes out of style. The float is 74.5 inches wide and 71.5 inches long, so it can easily hold two adults if you and your partner want to take it for a spin—if the kids let you have a turn, that is. A shopper who took their swan whitewater rafting was impressed by how "well made and durable" this giant float is, so it can surely take more than a few trips to the pool with your rowdy bunch.

At 75 inches long and 34 inches wide, this pineapple float is the perfect size for a day of lounging or playing. A mom who bought this giant inflatable toy called it "the perfect float for the summer" because it's "comfortable to relax on" and quite tough, as confirmed by her two sons.

This watermelon float is designed for the ultimate lounging experience, but your kids will also have a blast relaxing and playing on this juicy fruit slice. Measuring 68 inches long by 52 inches wide (at its widest point), the watermelon float also features two cup holders and ties that can attach to other floats. Made with durable PVC, the float can "take a beating well," according to one shopper who said she inflated it once and it held up in perfect condition all summer long. And if you like the shape but are looking for different designs, this float is also available as a pizza slice.

Why get a regular, boring inner tube when you can float around in a giant doughnut instead? Perfect for kids and adults, this pool float measures 42 inches in diameter and the inner hole is 16.5 inches. Since it only has one air chamber, it's quick and easy to inflate or deflate, and it's super strong. In fact, one adventurous reviewer said this float "held up great" during a three-hour river float. And a parent who shopped around for their daughter's doughnut-themed birthday party was pleased with the quality and value: "same quality as [floats sold in] boutique stores" but "half the price." 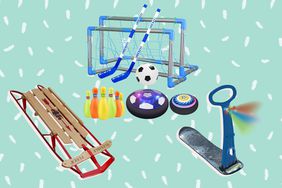 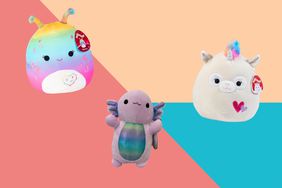 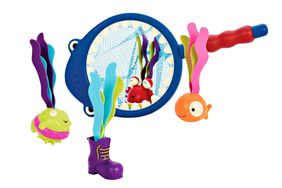 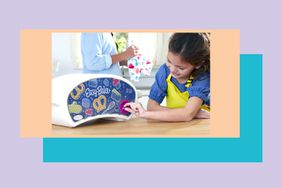 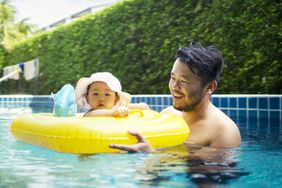 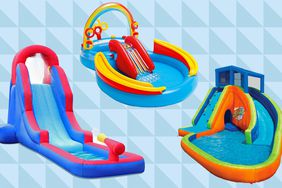 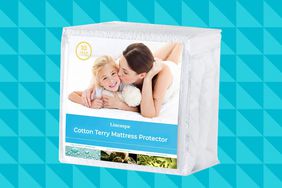 10 Best Waterproof Mattress Protectors on Amazon, According to Thousands of Customer Reviews 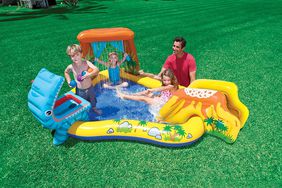 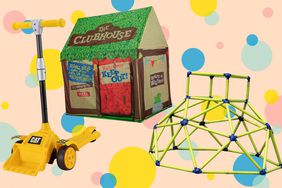 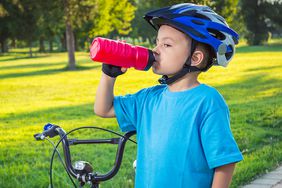