Pop some popcorn! These 10 hits top our list for their family appeal and superb entertainment value.

Head, shoulders, knees, toes, and parts in between are on parade in this multilingual (English, French, and Spanish) anatomy lesson that combines puppetry, baby close-ups, and a classical music soundtrack.

In Dora's musical adventure, kids can pretend to tiptoe past the dragon, brush Dora's hair, and help her become a real princess so she can break a spell cast on "Sleeping Boots."

Thomas & Friends: It's Great to Be an Engine!

Get on board! The little engine with the busy schedule is on the fast track to fun with new story lines -- all still centered on esteem-boosting themes like getting along -- plus three interactive games and sing-along segments.

This Down Under musical spree combines holiday songs (look for a performance by rocker John Fogerty), an array of Christmas visuals (including a stunning collection of Nativity scenes from around the globe), and kooky original Wiggles tunes and skits in a package that's both reverent and rocking.

A new animated short movie, the deleted song Chimpanzoo, a sing-along segment, and fun audio commentary from stars Julie Andrews and Dick Van Dyke prove you can, indeed, improve on a masterpiece.

Why Mosquitoes Buzz in People's Ears...and More Stories From Africa

A mosquito sets off a chain of jungle mishaps in this James Earl Jones-narrated tale abuzz with West African culture in its drawings and words and an onomatopoeic timbre that builds like a drumbeat.

With a great new song, a child-friendly tour through ancient China, music videos, and tons of documentary shorts, this two-disc set finally gives the modern-day Disney classic about young Mulan's courage the respect it truly deserves.

The Best of Beakman's World

Fifteen of the most engaging segments from the clever and slightly wacky mid-'90s Emmy Award-winning show bring science home with timeless experiments kids can do using everyday objects.

Eight new scenes enhance this action-packed, emotionally rich film about the secret friendship that develops between a small-town boy and a wayward giant robot in the 1950s despite the Sputnik-paranoid grown-ups living around them.

Updated by James Worrell
Was this page helpful?
Thanks for your feedback!
Tell us why!
Related Articles 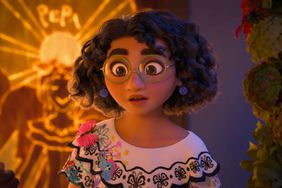 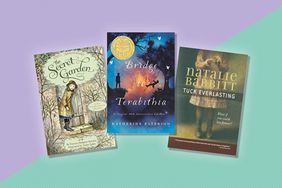