This roundup of fantasy books chosen by children's book authors have everything required for a good adventure, including mythical creatures, aliens, and of course, Harry Potter.

"My parents read to me almost every night, usually something Roald Dahl-y, brimming with wit and adventure, but along came Bridge to Terabithia, by Katherine Paterson (ages 9+). This intimate story involved a budding friendship between two kids and the make-believe world they create in the forest. The unexpected turn it takes took my breath away."

Charlie and the Great Glass Elevator

"I liked the Chocolate Factory a lot, but in Charlie and the Great Glass Elevator, by Roald Dahl (ages 8 to 12), Charlie and Willy Wonka go to space, where they fight aliens who have infested a giant luxury cruise spaceship. It blew my mind how far out Dahl was going with his imagination, and it showed me that you could dig deeper into a story's world."

Island of the Aunts

"Island of the Aunts, by Eva Ibbotson (ages 8 to 12), about a trio of elderly women who kidnap children to help them run an island of mythical creatures, was all my childhood dreams—and nightmares—in one plot."

—Actor Chris Colfer, author of the Land of Stories series and the forthcoming A Tale of Witchcraft ...

"I remember exactly where I was when I read Alice's Adventures in Wonderland, by Lewis Carroll (ages 8 to 11). I was 10, reclined beneath a mimosa tree covered in pink blossoms. The world I experienced down the rabbit hole was pure magic. That day I became a reader and possibly a writer."

—Sue Monk Kidd, author of The Book of Longings

"I loved escaping into the world of The Borrowers, by Mary Norton (ages 8 to 12), just as much as I loved the way in which their world escaped into mine, making everything around me look adventurous. Puddles became lakes, shoes became boats, and I could lose an afternoon imagining how I would scale the fearsome obstacle course of toys if I were only as tall as a water glass."

"My Father's Dragon, by Ruth Stiles Gannett (ages 6 to 9), was the first book my 6-year-old read on his own and loved. He finished the sequel, and when I handed him the third book, The Dragons of Blueland, he let out a little 'Yes!' of excitement."

"My uncle passed his copy of The Boys King Arthur, by Sidney Lanier (ages 9+), to me when I was 9. The stories were heroic and full of the flaws of being human. N. C. Wyeth's illustrations—sunlight and shadows on armor, mist on magic water—almost became characters themselves."

—David Shannon, author of No, David!

The Fellowship of the Ring

—Chris Raschka, author of Side by Side

Harry Potter and the Sorcerer's Stone

"I was 11 when a family friend sent me Harry Potter and the Sorcerer's Stone, by J. K. Rowling (ages 9+). It was the first time a story made the world beyond the pages disappear. I've never looked back."

—Victoria Schwab, author of the City of Ghosts series

"Everyone at my house loves Sideways Stories From Wayside School, by Louis Sachar (ages 8 to 12). The linked stories are absurdist and filled with vivid details—it's like David Sedaris for kids."

"For an imperfect girl like me, The Secret Garden, by Frances Hodgson Burnett (ages 9+), showed that difficult people could grow and change and be redeemable. It prompted me to write books whose heroines and heroes could be pains in the tush but also likable and even lovable."

"As an aspiring babysitter in third grade, I was enchanted by the implausible idea of two girls stranded on an island with four babies to care for. I read Baby Island, by Carol Ryrie Brink (ages 9 to 12), countless times, wishing it could happen to me, knowing it couldn't, loving the book anyway, and realizing this was what reading was about."

"My dad bought the beautifully illustrated book The Little Grey Men, by B.B. (ages 8 to 12), for me when I was 8 or 9. It's about three gnomes searching for their long-lost brother. Aside from being a rattling good adventure story, it's a wonderful sort of nature study, following gnomes through the seasons."

—Actor Julie Andrews, author of Home Work: A Memoir of My Hollywood Years

In the Night Kitchen

"Barbara and I asked our mom to read In the Night Kitchen (ages 4 to 8) over and over. Those images of Mickey getting baked into the bread, swimming in the milk, and crowing like a rooster have never left me. I loved the dreamlike quality of the words and pictures and that it was a little scary, but in a friendly way." —Jenna Bush Hager, coauthor of Sisters First

"My mind was blown when I saw Max's bedroom from Where the Wild Things Are (ages 3 to 5) turn into a forest. How did that magic happen with just three simple page turns and four images? From that point on, all I wanted was to become a children's book author and illustrator so I could figure it out." —Marla Frazee, author of The Boss Baby 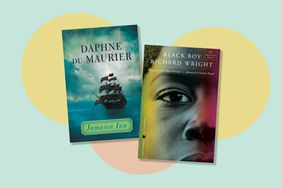 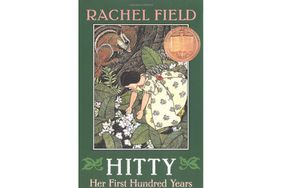 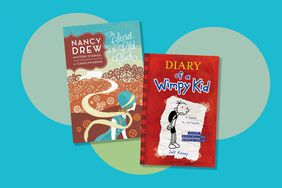 6 Children's Book Series That Hook Kids for the Long Haul 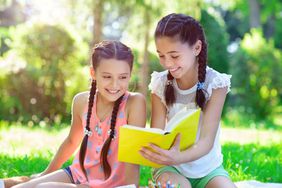 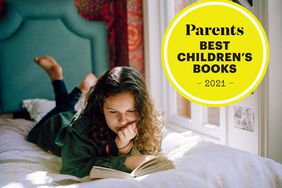