These jokes, appropriate for kiddos aged 7-10, are sure to get grown-ups to truly LOL.

No matter how old they are, kids are often naturally hilarious and often truly love being told and telling jokes, particularly of the question-and-answer variety. But as much as you may want to foster their love of laughter, there are only so many ways to tell "why did the chicken cross the road?" or "knock, knock" jokes! Not to mention that plenty of children's jokes get stale quickly—or, let's be honest, aren't even all that funny, to begin with. Thankfully, there are jokes for kids that will actually make you laugh.

Here, are 14 zingers from comedians and authors Michael Strecker (author of Young Comic's Guide to Telling Jokes) and Rob Elliott (author of Laugh-Out-Loud Jokes for Kids).

2. Why did Dracula lie in the wrong coffin? ~ He made a grave mistake.

3. Why should you not let a bear operate the remote? ~ He will keep pressing the paws button.

4. Why did the man get fired from his job at the coin factory? ~ He stopped making cents.

5. Where did article on the famous owl research appear? ~ In the "Who's Who."

6. Why didn't the dental hygienist like her award? ~ It was a plaque.

7. Why was the road nervous? ~ It was about to get graded.

8. Why did the dinosaur refuse to wear deodorant? ~ He didn't want to be ex-stink.

9. Why was the weightlifter upset? ~ She worked with dumbbells.

10. What kind of match is hard to get out of the box? ~ A wrestling match.

12. Why did the pony get sent to his room? ~ He wouldn't stop horsing around.

13. Knock knock. Who's there? ~ Funnel. Funnel Who? The Funnel start once you let me in! 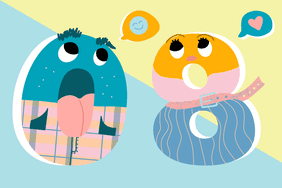