Most workers with paid sick days don’t use them up. 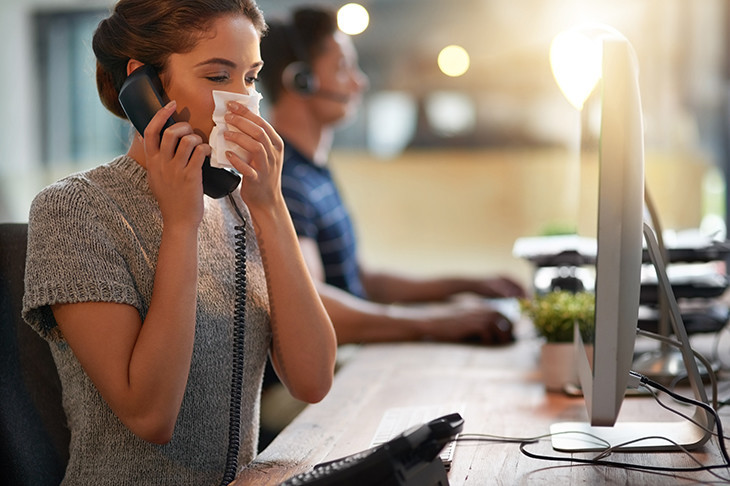 Part of being a parent is, unfortunately, catching your kid’s colds and being sick yourself. If you’ve ever gone to work when you were going through tissues with alarming speed, you probably don’t even think you’re being a hero—you’re just being normal. A majority of workers say they go to work always or most of the time, even when they have a cold or the flu, according to an NPR and Harvard survey. Of course, not everyone has the option of taking a sick day. The same survey found that only 38 percent of respondents with low-paying jobs said they were offered paid sick days at all. But even those who are offered sick days don’t always take them. Less than a quarter of survey respondents reported using most or all of their paid sick days in the past year, with most saying they weren’t sick enough to use them.

While you may not feel like you need to stay home, your coworkers may have other ideas. 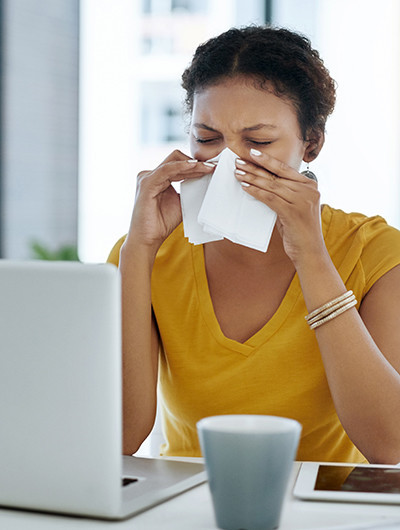 Here’s what they’re thinking when you refuse to rest up:

You’re going to get everyone else sick, too.

Do you feel like your colleagues avoid dropping by your desk when you’re sniffling and sneezing? You’re not imagining it. “When a coworker comes to work sick, I sit far away in meetings and use lots of hand sanitizer,” says Amanda Ponzar, 40, who lives in Alexandria, Virginia. “If the person is on my team, I strongly suggest they go home. As a mom, I can’t get sick. My family depends on me, so there are no real ‘sick days.’”

You’re not going to get much done today.

Everyone appreciates your dedication, but you’re not the most fruitful member of the team when you’re bleary-eyed and in need of a nap. “How much are you really able to get done?” asks Brianna Brailey, 26, who lives in Cincinnati, Ohio. “You would heal faster and be more productive taking a day off to rest up than work through the illness for several days.”

You might see it as dedication, but your cubemates see you as running yourself down. “There is a small number of people who think that the job wouldn’t get done without them,” says Sophia Antoine, 38, who lives in Fort Lauderdale, Florida. “And they are probably sick because they aren’t willing to take a break and allow their bodies to recuperate from the stress of the job.”

“It is beyond rude and inconsiderate to their colleagues, because they are essentially knowingly spreading their germs,” says Kristen Battistelli, 43, who lives in Boston. “I ultimately had to quit one job after a year, because I was working with colleagues who insisted on coming into the office versus working from home [when they were sick], and I was forever sick as a result. The job wasn’t worth it for me to be sick all the time.”

If you can take a sick day, or at least work from home, your coworkers and family will thank you—not to mention your body can use the recovery time. If you really can’t take another day off, or to make your day at home more enjoyable, a medicine like Robitussin can help calm your symptoms.