It’s not always the second they put the baby in your arms. 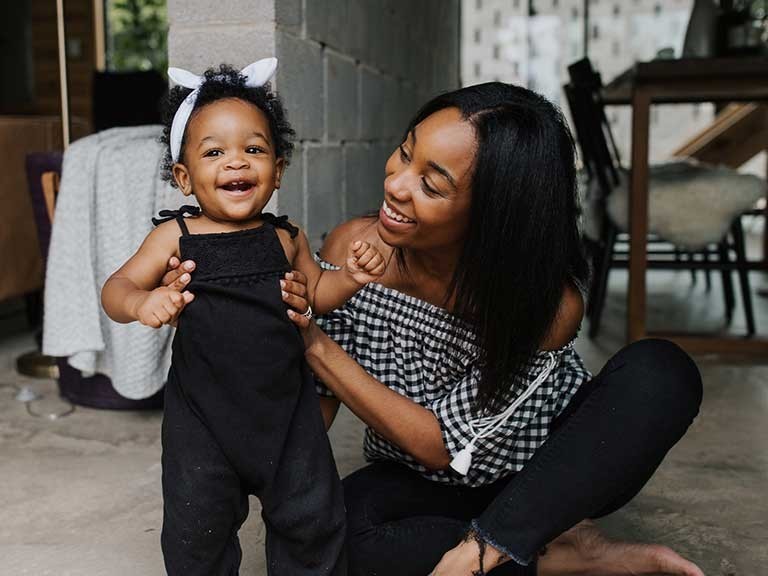 There’s a certain narrative out there in society—and in a great many diapers commercials, anyway—that the moment your newborn baby is placed into your arms, you spontaneously fall in everlasting love and it all hits you: You’re really a mom now. For some mothers, that may indeed be the case, but in reality, for others, that first moment is often clouded by exhaustion, shock, or birth complications. The real moment when some women truly feel like moms can be later on, at a time that’s less hyped and more quiet and personal. We asked five women to share that special moment when the magnitude of motherhood really sank in.

“The first time I felt like a mom was when I was pregnant with my daughter, and I got a terrible stomach bug and was vomiting everywhere. Usually, when you have a stomach bug, you just want to die and all you can think about is how terrible you are feeling, but with that bug, I was worried about my baby and making sure I could get some water/food, so I didn't get dehydrated or harm the baby. That was an aha moment of it not just being about me anymore.” —Leslie, 35, Virginia

“I really felt like a mom a few days in, when we came home from the hospital and had to immediately return when a blood test came back that showed our daughter was jaundiced. I was so exhausted—the post-baby adrenaline surge had dissipated, and I was just bone-deep tired, and we spent 24 hours back in the hospital with her under the lamp. Looking back, it was not such a big deal, but at the time we were terrified (they kept talking about her rising numbers and something called the 'blood-brain barrier'). Waiting up with her, waking up every 90 minutes to pump for her, and managing her care with the doctors made me feel like I was a parent.” —Regan, 38, Pennsylvania 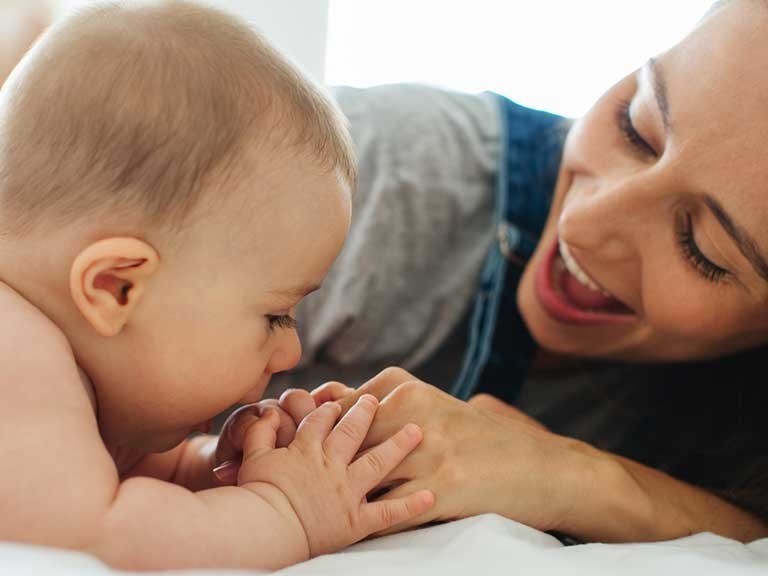 “Post-C-section, my husband and family practically forced me to take naps, but I never wanted to sleep during the day because I had this weird fear of leaving my son. I wanted him to be by my side at all times. Granted, this only lasted a few days until I came to my senses and realized I was being a crazy person (and he woke up from his early baby-coma days and turned into a real baby), but those first feelings of protectiveness were so powerful.” —Rebecca, 35, New York

“For me, it was at the Chicago federal building where you submit all of the paperwork for birth certificates, maybe three weeks after my twins were born. I remember saying their full names with ‘my son’ and ‘my daughter’ preceding them...and feeling this incredible amount of gravitas and joy. I started crying! Hormones are no joke. It was this overwhelming feeling of ‘Whoa, this is real. I’m a mom. I gave two human beings names. And I am 100 percent responsible for taking care of them, beyond food and clothes and a safe bed.’” —Liz, 38, New York

“When my daughter was born, she went to the NICU for around nine hours as a precaution. They brought her into my room around midnight. The nurse left, and all of a sudden, it hit me that this was my baby and I was alone with her. Up until then, pregnancy seemed like a game—like, I'll just pretend to be pregnant for a bit and then go back to drinking too many mimosas and spending too much money at Banana Republic. I had a couple of moments of panic, but we survived the night and from then on, she's been pretty much my favorite person. Honestly, though, 3.5 years and two more kids later, and I still feel like I'm playing grown-up most of the time.” —Maggie, 35, Virginia