Can Seed Cycling Really Help Lead to a Better Period?

According to some corners of the Internet, eating seeds is an easy, surefire way to balance your hormones. Here’s the truth behind the trend. 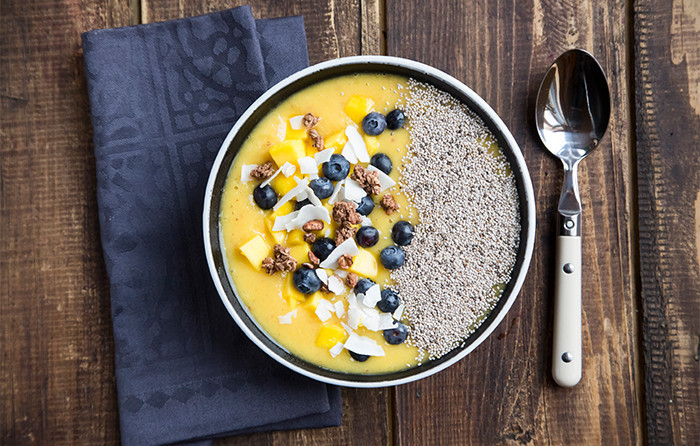 Many women would prefer a regular menstrual cycle to an unpredictable one, and for good reason: Regularity makes pregnancy planning easier (you can more accurately track ovulation), and even if you aren’t trying to conceive, it’s simply more convenient to know when to expect your period and what to expect from it. If you find yourself struggling to keep tabs each month, you may be curious about seed cycling, a buzzy trend that claims to help regulate your cycle.

What is seed cycling?

In theory, seed cycling is the practice of eating different types of seeds during different phases of your cycle to help balance hormones and, in turn, allegedly regulate your period, clear up hormonal acne, improve fertility, and correct for Polycystic ovary syndrome (PCOS), a hormonal disorder that affects women of reproductive age. There’s no hard-and-fast guide to seed cycling, but the general rule is that (assuming a 28-day-cycle) for the first 13 to 14 days of your cycle, which is when your body sees a rise in estrogen production, you eat a tablespoon each of ground flax and pumpkin seeds each day. For the next two weeks, which is the time between ovulation and the start of your period, and when you see a spike in progesterone, you eat a tablespoon each of ground sesame and sunflower seeds each day.

Proponents of the naturopathic remedy credit lignans—found in some of the seeds’ hulls, which contain phytoestrogen (similar to estrogen)—with balancing hormones, and point to the benefits of omega-3 fatty acids found in flaxseeds, among other things. Overall, the thinking goes that seed cycling may work because flax and pumpkin seeds support the production of estrogen and sesame and sunflower seeds support the production of progesterone. But science doesn’t exactly back that hypothesis.

There hasn’t been a randomized, controlled trial—the gold standard of research—on seed cycling, which is one reason many doctors are wary of recommending it to patients. One case study followed a woman with PCOS who ate flaxseeds almost every day for four months and, by the end of the trial, showed improved hormone levels and reduced symptoms. But that’s pretty much where current research stops.

“There are some truths intermingled with opinion or extrapolation,” Maureen Whelihan, MD, an obstetrician-gynecologist in West Palm Beach, Florida, says. It’s not that seeds aren’t good for you, it’s just that they may not be as powerful as the buzz makes them seem. For example, “Omega-3 fatty acids are very important to overall health,” Dr. Whelihan says, “but to then say that therefore seeds will help you ovulate more regularly or make periods more regular or prevent PCOS—what’s the presumed mechanism of action? To pinpoint a set of seeds and say ‘eat these and you’ll be better,’ that concerns me.”

So what’s a woman to do if she wants to improve her cycle? Dr. Whelihan suggests taking a more holistic approach to regulating your period: eat nutritious, balanced meals; get plenty of sleep; reduce stress; and exercise. While trends like seed cycling tend to “focus on one thing,” she says, you’re better off having “a global picture of health.” Bonus: these overall healthy habits can help with PMS, too.