Why Does My Kid Seem to Get Sicker at Night?

Dealing with a sick kid is tough any time of day. But it’s especially hard at night, when their suffering seems to increase tenfold—which can leave you feeling pretty terrible yourself, not just from helplessness but from general exhaustion. 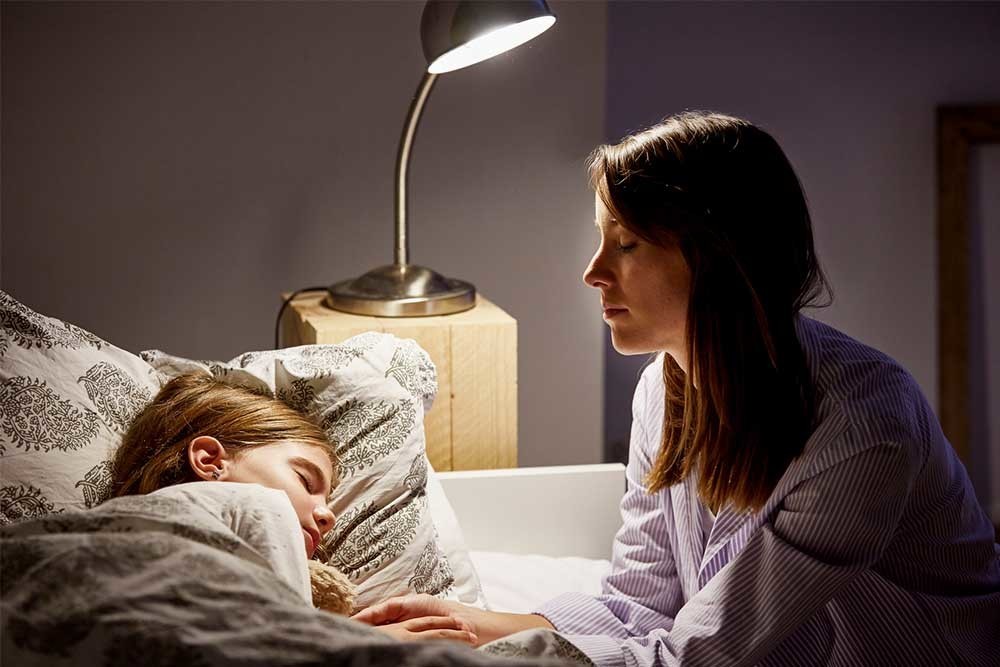 The good news: Chances are, your child isn’t actually getting sicker at night. It’s just that symptoms tend to get exacerbated. Things like dry air, body position, and even a lack of distraction all play off each other to make everything feel worse. “Pediatricians aren't too worried about what time things are happening,” says Victoria Yang, a pediatrician with Children’s Health Pediatric Group in Dallas. “It's more about how the child looks. Daytime or nighttime, if the child is having difficulty breathing, like you see their ribs pulling in and out with each breath, their lips and their face is turning blue while they're coughing, or they have persistent vomiting or diarrhea and can't keep any fluids down—that's a child who is seriously ill.”

When it comes to dealing with common cold symptoms at night, “it's a matter of keeping kids more comfortable,” says Alison Mitzner, a board-certified pediatrician in New York. Here’s what’s really going on during those nighttime hours—plus what you can do.

At night, the air tends to be drier, and that decrease in moisture can be aggravating to the throat and the airway, making stuffy noses feel worse. “In the daytime, you're usually sitting up or standing, so the mucus is draining down your nose and throat,” Dr. Yang says. “But if you're lying on your back at night, the mucus flow is slowed, and it starts accumulating in the back of your throat and nose.”

“Your nasal passages swell more when you lay down,” Dr. Mitzner says, which can make someone feel even more congested. Running a cool-mist humidifier can moisten the air to help make the airway feel better, Dr. Yang suggests.

The dry nighttime air can also be aggravating to the throat and the airway, causing more coughing. But “coughing is a natural response by the body,” Dr. Yang explains. “You're making mucus, and the body's trying to clear it out of the respiratory tract by coughing. The reason for that is so that you don't develop pneumonia.” Dr. Yang recommends parents bulb-suction children under 12 months with saline drops every three to four hours to clear up mucus. 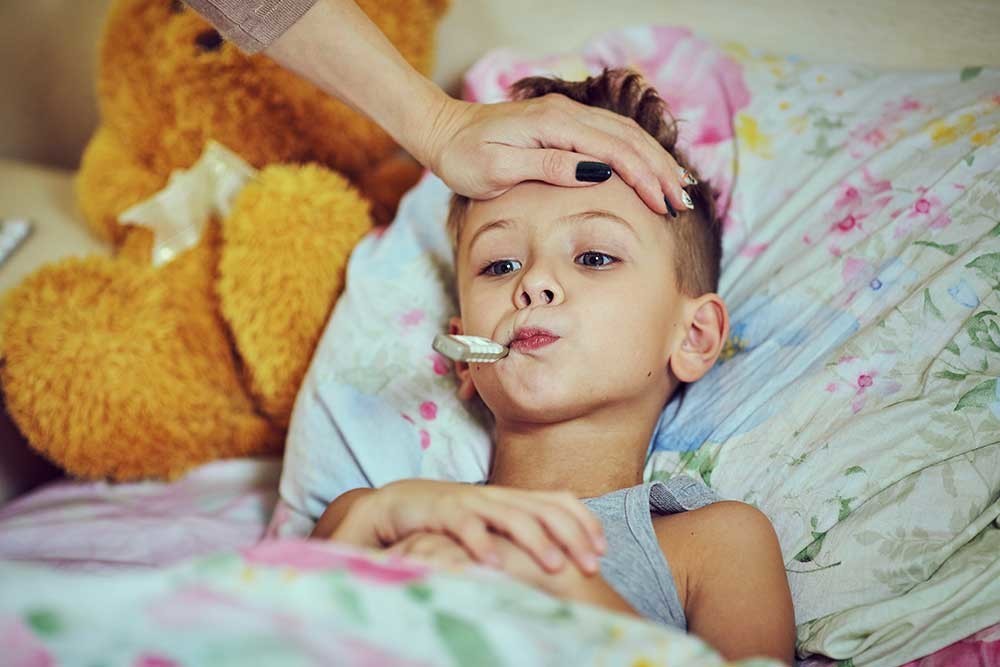 “The body temperature naturally rises at night, so if your child has a lower-grade fever during the day, it can definitely spike at night,” Dr. Mitzner says. But don’t panic. “If a fever gets worse at night, it doesn’t actually mean that your kid is getting sicker,” Dr. Yang says. “Fever is a part of the body's natural immune system—higher temperatures can help weaken infections.” A fever will typically break on its own, and no medication is necessary if your child is acting like themselves. But if you’re concerned, a medicine like Children’s Advil can help lower their temperature, Dr. Mitzner says. (Always read the label for age-appropriate dosing.)