Why I Take a Kid-Free Trip Every Year

Why a parent-moon is so very necessary for your marriage—and even for your kids. 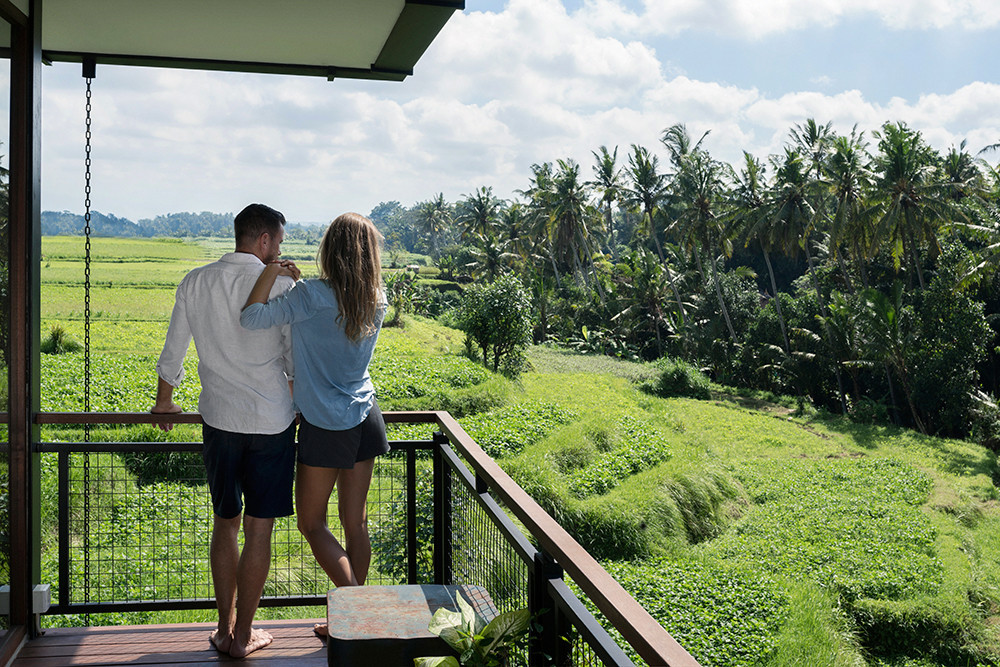 I don’t remember how the idea landed on my radar—whether it was from What to Expect When You’re Expecting or one of the other zillion sources of parenting advice in the ether—but shortly before my daughter was born almost five years ago, some wise person somewhere told me to mark it on my calendar: Three months after the baby is born, spend a night away from her.

It wasn’t until I actually gave birth to my daughter and spent three months waking at intervals in the night, fumbling through breastfeeding and crying along with my daughter at her first round of shots that I got it: In order to stay sane, parents need a break from time to time. While parenting can be exquisitely sweet and beautiful, it is also inarguably mentally, emotionally, and physically exhausting. (As for the noting of the three-month mark, I presume the idea was to rip off the bandage and get in the healthy habit of spending a night apart—or else wait too long, and never leave the baby’s side for the next 18 years.)

As life would have it, our new family of three was moving apartments around my daughter’s 3-month “birthday,” so she spent a night at grandma’s while my husband and I packed boxes… and also squeezed in a dinner out, a basketball game at home, and a blissful full night’s sleep. The next day, we were well rested and decidedly more chipper. We went to go reunite with the baby, and the carriage turned back into a pumpkin, but the bandage had indeed been ripped off. Not long after, my husband suggested a long weekend trip to St. Lucia later in the year, when our daughter would be around 9 months old. Grandma was, as ever, willing to babysit. We’d both been wanting to visit a resort tucked in between the island’s two Piton mountains. And we were also both working hard—both in our careers and at home—and were functioning at zombie levels of consciousness. On a whim, I said yes.

Embarking on the trip was not without anxiety. My brain did backflips: What if our plane crashed? Would it really be worth it to leave our first and only child simply so we could drink mojitos on the beach and read books in peace? (The answer was decidedly no, but we reasoned, however morbidly, that the risk to our lives was greater on most car trips.) Once we got there, I was elated, but I also missed my daughter terribly. As it turns out, the two are not mutually exclusive.

I continued to miss her every day, but I also leaned into how lucky we were to be there—we drank the mojitos and met new friends. We had adult conversations that didn’t revolve around blowout diapers or bottle cleaning strategies. We napped! The sleep deprivation and some of the ancillary crankiness of new parenting melted away. We slowly yet triumphantly hiked one of the two mountains. We had an adventure that was ours alone. We were reminded that even though we were parents now, we were still ourselves, and our relationship was still something to nurture. We’d spent so much time taking care of our baby; it felt good to take care of our marriage, too.

This can be a controversial stance: I know there are some parents who are opposed to traveling without kids. Some might even call it selfish. But when we got home, we realized that taking care of our marriage is taking care of our child: when we returned—again well-rested, refreshed, and newly energized to take on the rest of our daughter’s first year of life—we were better, less cranky, more patient parents.

Another beautiful bond began with our first kid-free trip to St. Lucia: the one between my mom and our daughter. Now my daughter is almost 5, and she and Nana are as thick as thieves, trading secret and inside jokes, and, as grandmas are wont to do, plotting ways to sneak cookies behind my back. I am definitely biased, but our kid-free vacations—yes, they continue—are part of why they are so close. They’ve taught my daughter independence and shown her that she can love and trust others as much as she does me and her dad. Sometimes my daughter elects to spend the weekend at my mom’s, even when my husband and I aren’t traveling.

We now have another baby—an 18-month old son—and taking kid-free vacations is not as easy as it may have been before, but with help from Nana and other loving family members, we still take at least one parents-only trip—which I jokingly anointed “parent-moon”—every year. We need it, perhaps more than ever! And we know now that it’s not only good for us, but good for our kids, too.

Get more great health and wellness content at Parents.com/Strive.