What Going to Work Sick Says About You

Do you recognize any of these traits? 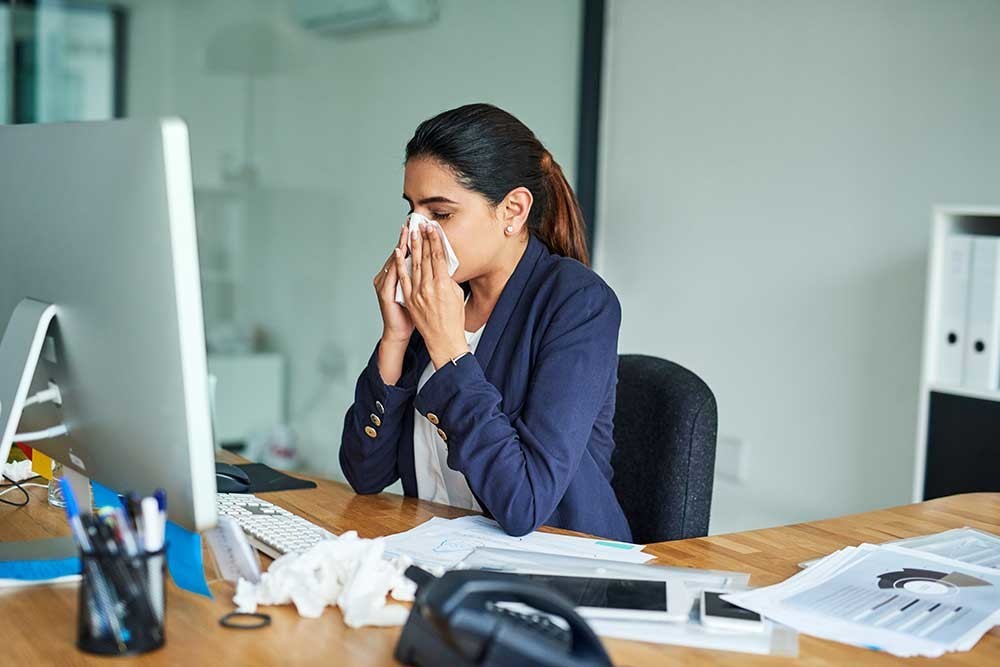 We’ve all been there. You wake up feeling terrible, and after taking a moment to assess just how ill you are and review your mile-long to-do list, you drag yourself out of bed and head to work. But even though you’re physically at work, you’re just not very productive.

You are practicing what management experts call “presenteeism”—attending work while ill—and it’s much more common than absenteeism, says Gary Johns, a professor in the Sauder School of Business, University of British Columbia, who has studied the topic.

How often employees practice presenteeism says a lot about them and their jobs. Johns and co-author Mariella Miraglia published an analysis of 109 studies in the Journal of Occupational Health Psychology, in which they found that the more often people practiced presenteeism, the more likely they were to have certain characteristics. Johns says, “There are at least two paths to presenteeism, one reflecting satisfaction, commitment, and engagement. The other path reflects discrimination, overwork, and burnout.” If you show up to work feeling sick on the regular, you might find yourself with some of these attributes:

You like your job. Surprise! People who are more satisfied with their jobs are more compelled to clock in, even when they’re under the weather. You may feel committed to spend more energy and time at work, so you won’t want to miss a day.

You may have a higher degree of family conflicts. People who go to work sick regularly may report more conflicts between work and family responsibilities, possibly because work is so demanding that it takes time away from family, which leads to friction. Another reason you might practice presenteeism when you have conflicts at home is to escape those conflicts with a motivating job.

You have a huge workload. The more you have on your plate, the more likely that even one sick day could put you so far behind you feel you’ll never catch up. You might think you’re better off going in to the office.

You have a specialized job. If your job can’t easily be done by someone else, you’re more likely to punch in, since there isn’t anyone else to pick up the slack. Or maybe you have a lot of clients—the analysis found that people with many clients are more likely to engage in presenteeism. And the more difficult the clients, the more likely people were to come to work sick.

You’re struggling financially. If you’re having a hard time making ends meet, concerns about losing out on pay or putting a job at risk is a huge motivator to show up.

You’re not in the best overall health. People who report having more health problems in general were found to go to work ill more often than those who are well. This may be because it can feel like each discrete instance of being sick feels rarer. Or in cases of mental health issues, the study authors hypothesized that the stigma around mental illness may prevent people from seeing it as a valid reason to take time off.

You feel insecure in your job. You may fear that staying home conveys you’re not committed, or that you’ll get behind in your work and your performance will suffer as a result. And when you don’t think your boss and colleagues have your back, it’s harder to trust that taking a sick day won’t reflect poorly on you. You may also feel less able to ask for help with your work. The emotional stress can worsen health, causing people to get sick more often—it’s a vicious cycle.

You work at a company with strict absence policies. When your company limits the amount of sick leave you have, or you can’t use your sick days without a doctor’s note, you’re more likely to just show up.

Of course, you can’t just change some of these factors in your life. But if you can, the CDC recommends staying home when sick if at all possible to reduce the spread of germs. Your coworkers (and your body) will thank you.