A viral TikTok video shows how one cat was less than impressed with the tiny human her parents brought home.

Cats will be cats and don't often offer the same loving response dogs do when meeting their new human baby for the first time.

In the Cazier family, Fefe the cat was the first baby, then came human baby Maeve. Dad, Cayden Cazier, was excited and hoping for the purr-fectly cute TikTok moment when he pressed record and introduced his fur and human babies to one another back in November.

Instead, Cayden got exactly the kind of reaction you'd expect from a cat, and the Internet is all over it.

"We were so excited to introduce our newborn to our cat," says Cayden, who goes by @caydencazier on TikTok, in the video.

Fefe takes a whiff of Maeve, who has on her hospital blanket and hat with a big white bow for her homecoming. So far, so good, right? No bushy tail. No Halloween cat body language (both of which can be a sign of agitation).

Then, as Cayden says in the video, "This happened."

Fefe backs away (again, not bad) and leads Cayden and his wife, Katie, out of the living room, down a hallway, and into a bedroom. The kitty starts dry heaving, and Cayden knows what's next.

"Are you serious?" Katie adds as Fefe moves behind the bed to vomit on the floor in peace (hope you enjoyed that peace and quiet while you can, pretty kitty).

The commenters were seriously laughing at the video, which has gone viral with more than 23 million views.

"I don't like it. Makes me sick. Return it now," quipped one TikToker who can apparently read cats' minds.

"Immediately no," joked another.

"[Please] give her extra love. It's a big change, and she's throwing up from the stress," said someone else.

Cayden concurred with this commenter in an interview with CNN's Jeanne Moos. Though cats sometimes gag when they smell something they don't like, Cayden chalks it up to jealousy since Maeve got a bath before her first car ride to the Cazier family's home in Utah. In an update, Cayden shared that Fefe was slowly but surely getting used to Maeve and even finding her stride—and perhaps, motherly instincts.

"Fefe's motherly instincts might be starting to kick in," Cayden captioned the update video compilation. "We constantly find her watching Maeve, and she seems to be getting more and more comfortable being around her as the days go by. So far, no more puke."

"Fefe has surprisingly adjusted well to having Maeve around," Cayden says. "They definitely aren't best friends—yet—but she is totally comfortable being around Maeve and...hasn't showed any other signs of stress or jealousy since the video." 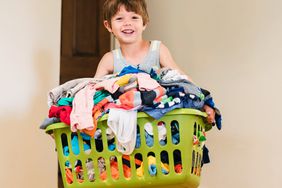 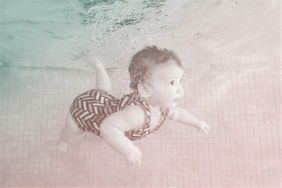 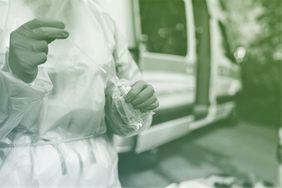 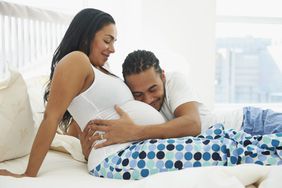