Parents and experts explain why rainbow babies—babies born after miscarriage, stillbirth, or neonatal death—can be something truly beautiful after a scary and dark experience.

The term "rainbow baby" may not be familiar to people who haven't experienced a pregnancy-related loss or the passing of an infant. But to those of us who have, it has profound, even life-changing significance.

So what is a rainbow baby? The term is used to describe a child who is born or adopted into a family that has previously experienced a miscarriage, stillbirth, or neonatal death. For some, it can barely begin to describe the range of emotions they feel when welcoming a new child after experiencing a loss.

"It's called a rainbow baby because it's like a rainbow after a storm: something beautiful after something scary and dark," explains Jennifer Kulp-Makarov, M.D., a board-certified OB-GYN, reproductive endocrinologist, and infertility specialist at New Hope Fertility Center, in New York City. "It's an extremely emotional and devastating experience to lose a pregnancy [or baby]. To create a life or bring a baby into the world after such a loss can be amazing—like a miracle for these parents."

A few years ago, I had a rainbow baby, and while pregnant, I did indeed feel like I was walking around with a miracle in my belly. There was a time when I never thought I could feel hopeful again. The year before, we'd lost our beloved baby Cara at 23 weeks of pregnancy. The days, weeks, and months after she became our angel baby were the darkest of my life. But soon a dim hope flickered inside my heart, and eventually ignited a flame. I wanted to try again, in part to honor Cara and to find meaning in her loss.

A Rainbow Baby's Life Can Honor an Angel Baby

Moline Prak Pandiyan, a former executive leadership team member and health committee member for the North Carolina chapter of the March of Dimes, lost her son Niko when he was 5 months old. Born at 23 weeks and 6 days, he weighed less than 2 pounds and experienced a number of complications due to his premature birth.

"Although Niko lost his fight, his spirit lives on, and he continues to inspire many," Prak Pandiyan emphasizes. Not only did his mom later work to prevent premature births, but she was also inspired to conceive her own rainbow baby.

Like many people, Prak Pandiyan had never heard the term "rainbow baby," but she immediately took to it. "I remember the feeling that I had when I first heard [it]," she says. "It was perfect. I so much wanted to make sure that Niko wasn't forgotten, and the term so eloquently acknowledges the babies we've lost, while also celebrating the joy of those who do survive."

Prak Pandiyan is now the proud mother of a little girl whose arrival changed the way she looked at parenting. "My husband and I always wondered what life would have been like if our son could have been discharged and come home with us," she says. "When we welcomed our rainbow baby, our perspective as parents shifted. Whenever things get hard—feeding challenges, sleeping challenges, mild illnesses—we always make it a point to step back and remember that it could be so much worse."

Stephanie Sherrill Huerta went through several miscarriages and failed adoption attempts as a mom of one before she got her rainbow baby through adoption. She already had parenting experience with her older daughter, but she knew that parenting her rainbow baby would be different. "We love him a little differently than our daughter because we went through so much grief and pain before meeting him," she says. "He truly is the light at the end of the tunnel, the pot of gold under the rainbow, and the rainbow after our storm."

That same spirit encouraged me to enjoy my rainbow pregnancy more than before. Morning sickness and heartburn never diminished the gratitude I felt about being able to carry a healthy baby.

That's common, says Elizabeth Lorde-Rollins, M.D., an OB-GYN formerly with CareMount Medical in Rhinebeck, New York. "For parents who have experienced the loss of a child, the life adjustments associated with pregnancy are accompanied by an acute sense of gratitude—even when they are uncomfortable," she notes. "Parents tend to have a special sense of being blessed when they are expecting and giving birth to a baby that follows loss."

That doesn't mean it isn't challenging. "The birth and newborn stage with a rainbow baby is different for parents who have suffered a loss. They can expect a rush of strong and complicated emotions," Dr. Kulp-Makarov cautions. "Parents may swing between this amazing awe at their new baby and strong fear that something may happen and they may lose this new baby too."

Welcoming a Rainbow Baby Can Be Emotional

Guilt is a common feeling for parents who welcome a rainbow baby, adds Dr. Lorde-Rollins. "Parents can feel that being excited about the new pregnancy, or loving their new baby when he or she arrives, is somehow a betrayal of the baby they lost," Dr. Kulp-Makarov says. "These parents need a lot of emotional support during the pregnancy and birth." Some parents of rainbow babies may also feel guilt if they're perfectly, ecstatically happy 24/7 after a new baby arrives. It's important to remember that, while you may be happy and grateful to experience a new child again, parenting in all forms can still be challenging and you're allowed to have bad days too! Having a rainbow baby doesn't magically make all parts of parenting magical too.

The point is, every rainbow parent will experience parenting again differently and there can be a wide range of emotions that surround expanding your family again. For me, that support came in part from knowing I was not alone. As Dr. Kulp-Makarov points out, the term "rainbow baby" is becoming more mainstream, and this has helped to increase awareness around loss and healing. "These babies are a beautiful example of how women's bodies and spirits can heal after a pregnancy or neonatal loss," she says.

Healing doesn't mean forgetting. "Don't be afraid to keep the child that you lost as part of your lives, in whatever way is special and important to you," Prak Pandiyan says to other parents who have endured loss. You can honor the past and create new, beautiful traditions with your rainbow baby to celebrate their new, miraculous life. 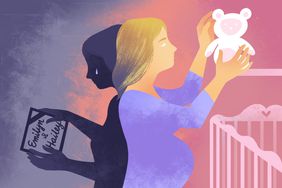 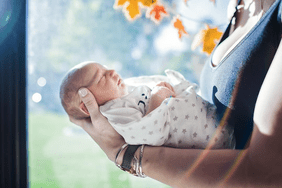 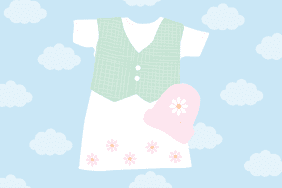 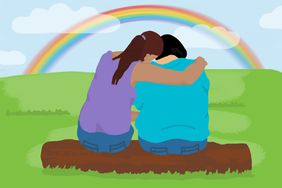 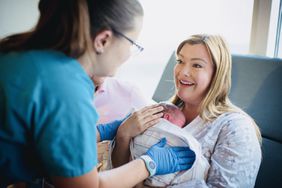