Why So Many Recalls Are Child-Related

If you have a child, chances are you have a product that will be recalled. Children's products are among the highest profile recalls because of the potential dangers to a vulnerable population.

It isn't your imagination if it seems a vast amount of recalls are for children's products.

About 42 percent of all recalls between 2006 and 2011 were for children's products, according to data compiled by WeMakeitSafer.com. That's the largest category by far.

There are a couple of reasons why.

First, there are a lot of rules that are specifically designed to protect children, particularly infants, the smallest and most vulnerable consumers. That leads to the second reason: The stakes are higher.

Scott Wolfson, spokesman for the U.S. Consumer Product Safety Commission (CPSC), says, "For parents and grandparents, it can sometimes feel like CPSC is constantly announcing new recalls of children's products. Although children's products do not represent the majority of the hundreds of recalls we announce each year, they tend to be some of the highest profile cases. Defective drop-side cribs, dangerous bassinets and play yards, and toys with high- powered magnets that kids can swallow have made headlines around the country."

New parents should familiarize themselves with some of the basics of product safety. 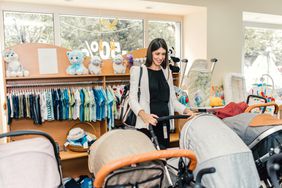 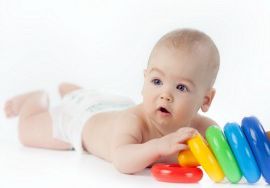