The Differences Between Poison Ivy, Poison Oak, and Poison Sumac

How do you distinguish between these poisonous plants, and what's the best way to treat rashes that appear after touching them? We spoke with the experts.

Poison ivy, poison oak, and poison sumac are pests—and if your child comes in contact with one of them, they'll be itchy and uncomfortable for weeks. As a preemptive strike, here's a quick guide to these plants, including how they differ and where they typically grow.

How to Spot Poisonous Plants

Poison ivy, poison oak, and poison sumac are made of compound leaves—multiple leaflets that make up one leaf—which makes them fairly easy to identify. Also, "be on the lookout for a dull, waxy sheen on the plant," says Parents advisor Jody A. Levine, M.D., director of dermatology at Plastic Surgery & Dermatology of NYC. "This is urushiol, the toxic substance that causes the reaction." This oil can be found on every part of the plants, including the stems, berries, roots, flowers, and of course, the leaves.

Although poison sumac is partial to bogs and swamps, ivy and oak can wreak havoc just about anywhere, including:

Hawaii and Alaska are the only two states in the U.S. that don't grow any of these poisonous plants.

Remember this saying: "Leaves of three, let it be!" Poison ivy has three glossy almond-shaped leaflets with jagged edges that come to a point. The leaves are usually shiny green but can change to orange-red with hints of yellow in the fall. Some plants have berries that range in color from white to green-yellow to amber.

Eastern poison ivy grows as a rope-like vine and can be found along the East Coast and Midwest, as well as some southern and western states.

Western poison ivy is a shrub. It grows almost everywhere in the continental U.S., excluding California and a handful of southeastern states.

This rash-causing culprit also falls under the 'leaves of three' category and is a tricky one to spot. "Poison oak is very good at camouflaging itself to blend in with the plants around it," says Dr. Levine. The fuzzy leaflets have uneven, scalloped edges. The plant can also yield clusters of green-yellow or white berries.

Poison oak grows as a low shrub or vine and matches the colors of other changing foliage. It's not as widespread as poison ivy and is usually found along the West Coast (Pacific poison oak) or in the Southeastern states (Atlantic poison oak.)

Compared to ivy and oak, this plant is quite different. "Poison sumac takes on a 'fern-like' appearance, growing between seven and 13 leaflets on a reddish stem," says Dr. Levine. The green leaflets, which are oval-shaped with a pointy top, tend to run in pairs up the stem.

This tall shrub or small tree flourishes in bogs and swamps, may have glossy pale-yellow or cream-colored berries, and can change colors with the seasons. Poison sumac is found in nearly the entire east coast, parts of the Midwest, and in a handful of southern states.

My Kid Touched a Poisonous Plant—Now What?

Should your child come in contact with any of these plants, clean the skin with soap and lukewarm water. "The oils can wash off completely if you do this within 15 minutes of exposure," says Renee Miller, R.N., of Vanderbilt University Medical Center's Poison Control Center, in Nashville.

Rashes usually develop within 24 to 48 hours, and they'll be itchy and blistery. So, after washing the area thoroughly, you can treat itching at home with the following:

Consult your pediatrician about further treatment. If your child is severely allergic to the plants, they can develop life-threatening anaphylaxis that requires immediate medical attention.

"If you were theoretically in a place where all three plants were together and you brushed all three plants, the rash would be indistinguishable," says Parents advisor Lawrence F. Eichenfield, M.D., professor of pediatrics and dermatology at University of California, San Diego and chief of pediatric and adolescent dermatology at Rady Children's Hospital. "It's the urushiol oil that is the irritant common to all three."

How to Protect Against Poisonous Plants

There are a couple of things you can do to reduce the risk of exposure. You can keep your medicine cabinet stocked with Ivy Block, a topical lotion sold over-the-counter (OTC) at most drugstores, for added protection against poison ivy, oak, and sumac. The key ingredient is bentoquatam and it helps prevent the skin from absorbing urushiol oil (note that it's not for children under age 6).

Also, if you know your child will be playing in an area where they're likely to brush up against a lot of greenery, then insist they wear a long sleeve shirt and long pants tucked into boots, if possible.

You might also want to get rid of poison ivy, poison oak, and poison sumac from your yard. But be careful: Never burn the plants; the smoke you inhale could cause severe allergic respiratory problems.

Here are safer options for removal:

Coming into contact with poison ivy, poison oak, or poison sumac is no fun for kids or adults. But, if you learn how to identify the plants and avoid "leaves of three," you may just be able to avoid days of unpleasantness. 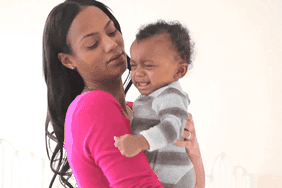 The Best Bug Sprays for Kids 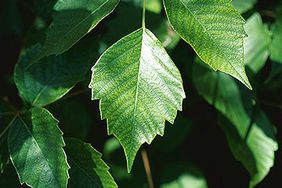