Some of the early signs of autism spectrum disorder (ASD) can be detected in babies under 12 months old. Here's what you need to know.

Watching your baby grow is an unforgettable experience. But while every child develops at their own speed, failing to reach certain milestones can raise red flags. Some parents recognize signs of autism spectrum disorder (ASD) when their baby is around 6 to 12 months old—and maybe even earlier, says Thomas Frazier, Ph.D., a clinical psychologist, autism researcher, and chief science officer of Autism Speaks. Here are the early signs of autism in babies and why prompt diagnosis is key to managing the condition.

Autism is a complex neurological and developmental disorder that can affect social skills like playing, learning, and communicating. Individual cases of autism fall on a spectrum ranging from mild to severe. The Centers for Disease Control and Prevention (CDC) estimates that autism affects 1 in 44 children today.

Doctors don't know exactly what causes autism, but it's believed to be a combination of environmental and genetic factors. Certain circumstances also increase a child's chance of developing autism. For example, "if you have a sibling with autism, your risk of developing it increases to about 20% on average," says Dr. Frazier. He states that other risk factors include premature birth, low birth weight, delivery complications, and having older parents.

Signs of Autism in Babies

Some parents recognize autism signs in their child as early as 6 months of age, depending on the symptoms and their severity. And while it's always important to keep in mind that all babies develop on different timelines, it can be helpful to know the potential red flags to look for when it comes to development.

The American Academy of Pediatrics (AAP) has also recently updated its screening guidelines for children to help doctors better identify autism at earlier ages, so staying up-to-date with your child's well visits can also be helpful, as your child's pediatrician will use the latest screening tools as well

"Pay attention to whether or not the baby is reacting to social information and the environment. Within the first year of life, babies start to babble and use gestures like pointing," says Dr. Frazier, adding that babies may also smile at their caregivers. "Baby noises should have some social function as well, and they should try communicating with parents."

Babies with autism sometimes fail to communicate through sounds or gestures, and may not respond to social stimulation. Here are some early signs of autism.

It's important to note that these criteria aren't conclusive evidence of autism. "They're simply things we look for to determine if we need to further assess the baby," says Mandi Silverman, Psy.D., senior director of the Autism Center at the Child Mind Institute. Another social or developmental factor may be at play.

My Child Has Signs of Autism—Now What?

If your child has signs of autism, Dr. Frazier advises scheduling a visit to your pediatrician right away. You'll discuss developmental concerns, and the doctor will evaluate your baby for autism. "We have evidence that suggests the quicker you can get a diagnosis, the earlier you can enroll in developmental and behavioral interventions," says Dr. Frazier.

Early intervention is meant to help autistic children develop to their own full potential. The brain can respond to treatments more effectively at younger ages, which can make interventions more effective. As your child gets older, those interventions might include speech therapy, occupational therapy, mental health counseling, and whatever else experts believe will help your child thrive. The ultimate goal is "making the symptoms more manageable and enhancing life as much as possible," says Dr. Silverman.

Does Your Child Need Early Intervention?
Was this page helpful?
Thanks for your feedback!
Tell us why!
Related Articles 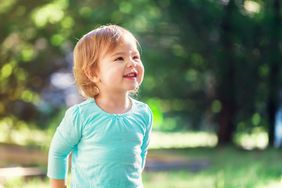 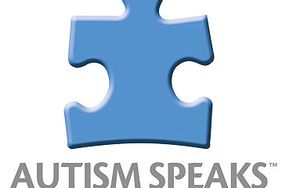 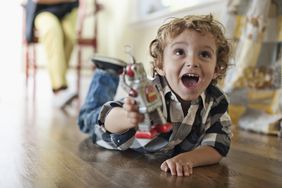