Why Can't Babies Have Honey?

If your baby eats honey, it could lead to a dangerous case of infant botulism. Learn when it's safe to introduce the natural sweetener into his diet.

When introducing solids, parents learn about a host of foods that are off-limits, including choking hazards like grapes and hot dogs, hard-to-digest items like cow’s milk, and sugar-heavy desserts. But unlike many of the other food restrictions during infancy, allergies and choking are not the issue with honey. Find out why babies can’t eat honey, and learn when to introduce the natural sweetener into his diet.

Honey may contain spores of a bacteria called Clostridium botulinum. This could possibly cause botulism—a serious condition that attacks the body’s nerves, according to the Centers for Disease Control and Prevention (CDC).

My Daughter Had Infant Botulism: What You Should Know

Symptoms of infant botulism can appear hours to days after a baby ingests honey. They include lethargy, constipation, poor appetite, difficulty breathing, trouble swallowing, “floppiness” of the body, and weakened muscle control. Severe cases could lead to dehydration and pneumonia.

Doctors diagnose botulism with a series of tests, and it’s often treated in the intensive care unit (ICU). Most infants fully recover.

When Can I Introduce Honey?

The presence of botulism doesn't mean our honey supply is contaminated. Indeed, these bacteria are harmless to adults and children over 1. But it can make babies, whose digestive and immune systems are less developed, seriously (and possibly fatally) sick.

Pediatricians recommend waiting until your baby is at least 12 months before introducing honey. You should even stay away jars that claim to have been pasteurized, since this process still can't reliably remove all the bacteria. Also avoid foods that contain honey as an ingredient. 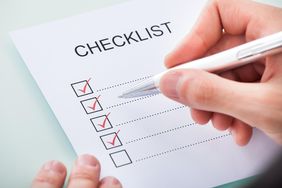