You may have learned about the importance of iron for women, especially those who are pregnant and breastfeeding, but this key nutrient is just as important for babies as they grow and develop throughout their first year -- and beyond!

Iron is an essential nutrient for making hemoglobin, a key component of red blood cells that transports oxygen throughout the body. When our bodies don't get enough iron, red blood cells can't be produced adequately, and our tissues and organs will not get enough oxygen -- all necessary for age-appropriate growth and development. If a baby is deficient in iron, she may experience cognitive and behavioral development deficits and delays, says Vandana Sheth, R.D.N., C.D.E., a registered dietitian nutritionist and spokesperson for the Academy of Nutrition and Dietetics.

Making Sure Baby Has Enough Iron

Once babies reach 6 months, a time of rapid growth and the start of solids, their first foods should be iron-fortified, says Dyan Hes, M.D., medical director of Gramercy Pediatrics and clinical assistant professor of pediatrics at Weill Cornell Medical College in New York City. A diet full of iron-rich foods will help to prevent anemia in Baby. According to Sheth, the recommended dietary allowance of iron for babies between 7 and 12 months is 11 mg per day. If you suspect your child may have anemia -- symptoms include fatigue, irritability, and shortness of breath -- a pediatrician can check your child's hemoglobin levels.

Babies are usually born with enough iron stores to last four to six months, Sheth says. Once iron-fortified solid foods are introduced, a baby's iron needs will be met.

"While it's traditional to introduce single-grain cereals first as a solid food, followed by vegetables, fruit, and meats, you can now introduce a pureed meat as a first food," Sheth says. "Most single-grain cereals are fortified with iron and would [also] be a good source of iron for babies, but offering meat can also help provide higher protein, iron, and zinc." 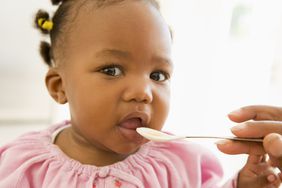 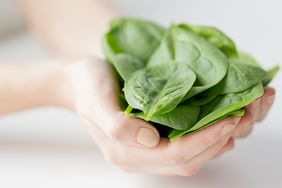 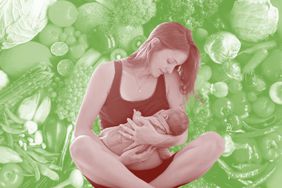 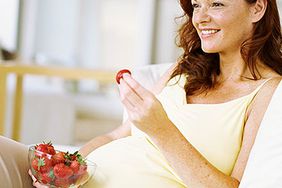 How to Have a Smart Baby: Pregnancy Brain Power Boosters