Medically reviewed by Mona Amin, D.O.
Mona Amin, D.O., is a pediatrician, mom, and creator of The New Mom’s Survival Guide based in Florida.
learn more

Not long ago, only children were often thought of as lonely, spoiled, and socially inept. But the tide has turned, and as the number of sibling-less children climbs, so too has their place in society.

About 22% of children didn't have siblings once their birthing parents reached the end of childbearing age in 2015, compared with 11% in 1967, according to Pew Research Center. And it's believed that the number of only-child families has only increased since then.

A small family differs dramatically from a large one and, consequently, comes with an entirely different set of challenges and rewards. Read on to learn our top tips for raising an only child.

First up: Social skills. Your only child may need more opportunities to practice social skills compared to a child who grows up in a household full of siblings. Here are some ways to encourage and support social skill development for your only child.

1. Encourage interaction with others

To keep from feeling lonely, some only children develop imaginary friends or ties to inanimate objects, such as dolls or stuffed animals. It doesn't matter how much attention you lavish upon an only child; sometimes, they just need someone their own age to relate to.

That's why, when having an only child, social activities need to be arranged more often, starting when they are around 18 months of age, says J. Lane Tanner, M.D., FAAP, associate clinical professor of pediatrics at the University of California at San Francisco. Schedule play dates both in your home (where your child can learn skills such as sharing toys and adult attention) and at a friend's home (where they will learn to follow the lead of a peer).

Only children don't experience the rough-and-tumble of sibling relationships—but so-called "sibling rivalry" can actually help kids get along with peers, explains Meri Wallace, author of Birth Order Blues. Things like losing a game, waiting for a turn, and joining a group can be difficult for an only child, she adds. To help an only child succeed in social situations, parents should:

According to Kevin Leman, Ph.D. author of The Birth Order Book: Why You Are the Way You Are, only children can be so logical, scholarly, and straight-thinking that they may become overly serious and fail to see the humor in things. (Of course, this is just a generalization and even among only children, personalities can be different.)

While there's no set way to "teach" someone to have a light-hearted sense of humor, be a good role model: Avoid being an iron-fisted disciplinarian and smile and laugh openly with your kid. Chances are, they will follow suit.

It might seem like your only child will naturally grow up being pretty independent, but in some cases, the opposite can be true as a result of all the extra attention from parents. There are some strategies that can help foster healthy independence as your child develops.

Raising an only child can foster a super-close parent-child relationship. However, some only children become too reliant on their parents for moral support, homework help, and entertainment— and parents can unknowingly reinforce this dependence.

To help your child become more independent, give them some responsibility like chores, explains Wallace. An only child, just like a child with siblings, needs to learn how to occupy themselves and have fun; the parent doesn't always have to be the entertainer.

5. Resist the urge to interfere

Only children tend to be perfectionists (again, big generalization here, but the trend is something to be aware of when you're the parent of an only), so if you try to "redo" every little thing they do, like remaking their bed or re-dusting a shelf they just cleaned, you're only going to reinforce the perfectionist habits they may have. As Dr. Leman writes, "Don't be an 'improver' on everything your firstborn or only child says or does."

Only children who spend a lot of time around adults often feel like one of the adults, which may lead them to think they should have equal say and equal power, Wallace points out. And while many parents of only children give their child a say in some family matters, there are obviously many decisions that should be made by the parents alone.

Experts also emphasize the need for parents to enjoy some child-free time. For parents with partners, alone time is often an essential part of nurturing their partnership. Single parents also need time for themselves.

How to Raise an Independent Kid

Setting Expectations for an Only Child

Next up? Expectations. Remember: There's no "right" or "wrong" way to grow up in a family and being aware of how different family dynamics can affect your child's growth and development can help set them on the best path forward.

Since some only children can be verbally precocious and high achievers at an early age, it's sometimes hard to know what behavior is age-appropriate for them. It's also difficult to know when you're pushing too hard and when you're not pushing enough.

By the age of 7 or 8, some only children can seem like little adults, and they often consider other children immature. As parents, however, you should try sticking to realistic expectations for your child and reinforcing those with them—remember, they only have one childhood!

For some only children, perfectionism seems to go with the territory. Only children often want to please their parents, and because they peer with adults, they take on adult standards, says Carl E. Pickhardt, Ph.D., author of Keys to Parenting an Only Child. This can lead your piano-loving 10-year-old to put undue pressure on themselves to learn the entire works of Tchaikovsky before bedtime.

Let your child know that while it's good to set goals, there are things in life other than work and that you won't be any less proud of them if they don't end up at Carnegie Hall by middle school—or ever.

Only children "need time and space with freedom to do what they want," write Cliff Isaacson and Kris Radish in The Birth Order Effect. Some parents might need to come to terms with the fact that their child likely won't share their hopes and dreams.

Your 6-year-old probably won't be the Olympic-grade gymnast that you never were, for example—and that's OK. Your only child is your only child, not your second chance at redemption, so don't push your own agenda on them. Instead, let them explore their own interests without interference.

Spoiling an Only Child

It's true: Only children may be at a higher risk for getting "spoiled" when compared to families with more kiddos. But that's not necessarily a bad thing! Here are some tips for how to make the most of your family structure, while still not overdoing it.

When only children are bombarded with gifts and rewards, they can get the message, "I always get what I want." It's never too late to curb excessive gift-giving, notes Pickhardt. Emotional protests will likely follow, but taking this stand will be beneficial in the long run. Ultimately, it's not the gifts that matter; it's the time spent with the child that's most important.

11. Don't overindulge your only child

While raising an old child, it can be easy to get in the habit of catering to their every need. In contrast, children with siblings often need to "wait in line" to have their needs met. And learning how to wait, says Dr. Tanner, is a vital lesson. To prevent only children from developing an attitude of "I get what I want when I want it," parents should set limits, delay gratification, stick to household rules, and instill discipline through guidelines and expectations.

12. Don't strive for constant happiness in your child

It might sound counterintuitive, but aiming to ensure your child is happy 24/7 is actually not the key to raising a happy child. If you dote on your only child and satisfy their every whim, you'll regret doing so in the long run, says Pickhardt. One of the repercussions of this well-meaning aim: a child who always wants to have everything on their own terms. They develop a mentality of, "It's either my way or no way at all."

As experts and parents note, the undivided attention an only child receives from their parents can be either a positive or negative force. But if you avoid some of the common pitfalls and offer your only child your unconditional love, they will no doubt thrive. In fact, many parents of only children say that their relationship with their child is like a wonderful friendship. Best of all, they say, it's a relationship that lasts a lifetime! 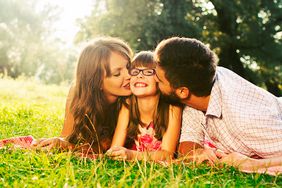 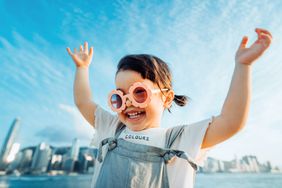 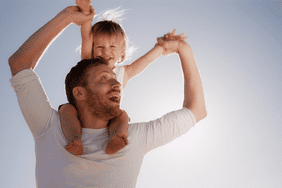