The whats, whens, and hows of disciplining your young child.

Discipline is complicated, especially with babies younger than 2 who don't communicate very well. And it's important to remember that discipline is not a synonym for punishment, Nelsen points out. Discipline is less about playing the tough cop and more about playing the kindly teacher. Here's an approximate time line for introducing routines, rules, and general good behavior.

0 to 4 months: Pamper your infant

With babies younger than four months, it's important to respond quickly and consistently. This ensures that they stay healthy -- promptly changing wet diapers, for instance, reduces the likelihood of diaper rash. Consistently meeting baby's needs also makes him feel more secure: It shows your baby that you can be relied upon. If you establish this bedrock of trust in infancy, your baby is more likely to accept limits later on.

At this age, parents can begin setting limits. According to the American Academy of Pediatrics, parents should use "generally structured daily routines." If baby can rely on these routines, he's less likely to fuss or struggle. Routines should help calm your baby and encourage him to behave, but should be flexible enough to accommodate his emotions.

Here is an example of a diaper-changing routine:

1. Baby lies down and holds a certain toy.

2. You sing a certain song while changing the diaper.

You can also establish routines for bathing baby, strapping him into his car seat, and feeding him dinner.

Parents can begin teaching house rules around six months, when the baby starts to comprehend cause and effect. A baby this age can memorize actions and reactions -- when I turn the cup over, the juice pours out -- but she's not yet able to fully control her behavior.

The mantra until then: Be patient and consistent. Though babies under a year old don't understand what "no" means, they do respond to the tone of a parent's voice and can be redirected. In fact, redirection -- also known as distraction -- is the most useful tool from now until age 2. For example, find a toy or move your baby to another room to get her away from the stairs.

Any time from 8 months on -- and definitely by baby's first birthday -- he can get himself into trouble. Soon after he's crawling or walking, however, the danger grows. He can suddenly climb up a bookcase, pull out electrical cords, and knock things off a table.

More effective than screaming "Get away from that!" is taking baby to another room while telling him that a chair is for sitting on. While a 3-year-old may understand a lesson in how the chair can fall over and hurt him, such reasoning won't work with a 1-year-old -- that's why distraction is vital.

Set up "activity stations" in areas where there's the most potential for baby to get in trouble -- small boxes of toys in the kitchen, for example. That way baby can be redirected when you are on the phone or trying to fix a meal.

Now that he's officially entered toddlerhood, you will need to learn new techniques for setting limits.

Toddlers, unlike younger babies, understand some of the explanations for why they can't behave a certain way, but they still aren't able to control themselves. For the child who grabs toys, a parent should distract him with another toy or help him "take turns." The best technique for dealing with tantrums is waiting the child out, remaining calm and firm.

Concepts such as sharing are puzzling for a child under 3, as are explanations linked to time, such as "You can color when we get back from the store." Your toddler wants to color now! These tricky concepts won't help you distract your toddler, because she doesn't understand them. And because they don't mean much to her, you shouldn't think she's misbehaving, either.

Once a child passes age 2, discipline gets easier. She can finally understand why she shouldn't do something. Parents should begin introducing mild punishments (mainly time-outs) for when the child knowingly behaves badly.

Remember that discipline is a somewhat imperfect art. So don't be too hard on yourself if you find you're saying "no" more than "yes," or punishing your child for a crime he doesn't even understand. Discipline, after all, is about teaching, and parents and kids learn together. 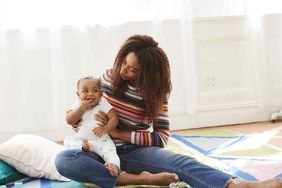 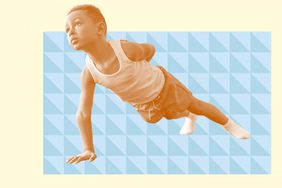